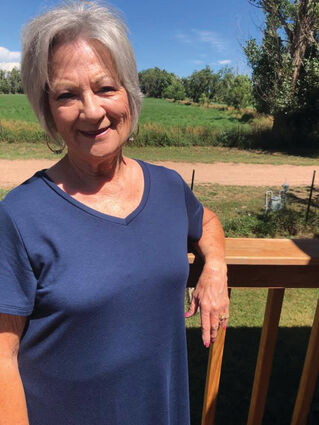 If you have been in Fountain for a while, you quite likely already know long-time community volunteer, leader and activist Fran Carrick. A regular at Fountain City Council meetings, she has previously served on Fountain's Park Board and during that time was most instrumental in getting the splash pad built at Aga Park, so local families would have a fun place to cool off on hot summer days. She has long wanted to see a community pool built in Fountain, too. Its something she has continued to focus on ever since, including lending support to a special recreation task force looking into combining resources among City of Fountain, the Fountain Valley Senior Center, the Fountain Valley YMCA and School Districts 3 and 8. She firmly believes there is a great need for more recreational opportunities for residents of all ages. She was previously active in the Fountain Riding and Roping Club for many years.

The Texas native also started a sewing group that meets in the basement of the First United Methodist Church of Fountain on a monthly basis. She has previously expressed concerns that Fountain needs places where citizens can meet to share interests, hobbies and more. Her favorite hobbies include sewing/quilting, Russian punch needle design, reading and being outside in the spring, summer and fall. "I simply tolerate winter," she said with a wink.

She recently placed first in a quilt competition at the state fair.

Because of her years of volunteerism and community service, she was honored by the Fountain Valley Chamber of Commerce as its esteemed Grand Marshal for the Fountain Fall Festival and Parade in 2017. It was one of the high points of her life, knowing the community wanted to recognize her for all she has done for the beloved city she has called home for 55 years now.

She moved to Fountain in 1964 when her stepfather was stationed at Ft. Carson. Here she would meet and fall in love with Floyd Carrick who became her husband in 1966.

They raised a son, Dutch and a daughter, Kimberly here, and are all proud Trojans.  Their only grandchild, Chase is starting his sophomore year at FFCHS.

A few years ago, she added local business owner/manager to her many titles she has had. After retiring from the United States Olympic Committee in 2017, she joined Floyd and Dutch in the family business, managing Carrick Plumbing CO, which opened in 2015.

In addition to her love of Fountain and it's residents, she has great concerns for the local business community and seeing it succeed. She realizes that the better businesses do in Fountain, the more everyone living here will benefit from it. She has previously expressed frustration at council meetings over decisions or actions that she didn't feel were "pro-business," or truly beneficial for local residents. She has felt for a while that there should be more business people on the council.

Because she isn't afraid to speak out about her concerns and about what is important to fellow residents, she has been approached by many local residents about running for city council. She has given it a lot of thought but the final straw that made her decide was after a recent announcement by Audrey Beckett at the Fountain City Council meeting, that Old Dominion Trucking Company decided against building a $6 Million trucking terminal in the city, which would have brought in revenue via taxes, additional employees, etc. This after a two-year process of trying to get city approval for the project.

"And then, a couple of days later, I saw on the news and social media that Council announced they were considering a tax hike for roads." That did it. Her frustration level growing, she decided she had to give it a try. "At heart are the many wonderful people living in here," she said. "I want to see that they get the most from the tax dollars they pay already," she added.

Carrick said a business owner she is aware it's imperative to build relationships with customers, which means  negotiating and compromising to have a sustainable, long lasting business.

"It means listening, asking questions and offering alternate solutions to issues that come up. I believe it's important that business is conducted the same way within a city.  I've said before that government is big business, but it runs on our taxes, not generating an income," she said.

"I need to know what my receivables are, what am I paying out and is every person working for me being paid an appropriate wage for what they bring to the table. My success depends on that. And it should for the city," she added.

Carrick wants to see an eagerness to bring businesses to Fountain and even more to keep them here.

"Small business is the backbone of this country.  We need to believe in them, welcome them and make every effort to keep them here," she added.

In the past year she joined with other local residents in establishing a group called "Fountain A Place I Call Home," where like-minded and other interested citizens could gather together to become better informed and create a strong citizen presence speaking out at council meetings and in the community. Still, she feels more must be done and is willing to invest her own time, energy, talents, experience and knowledge as a a councilmember to make a bigger difference. 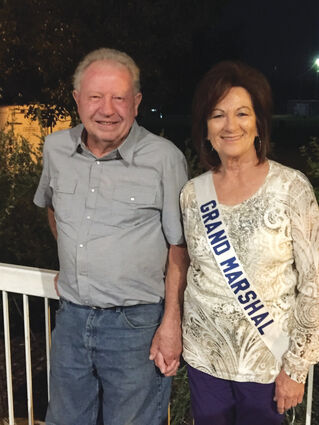 "I'm not a politician, but I believe there's a spot for someone like me that cares about Fountain and the people who live here.  When citizens come to Council meetings with an issue, they need to know that I will listen to them respectfully, with great consideration for their concerns and an attitude of "let's work this out" or "let's see what can be done to help."  But, please, keep in mind that I am just one of the seven sitting on Council.  I'm not pledging that I'm going to get the roads fixed or get the budget in line, or that I'm bringing a manufacturing plant to Fountain or even a sit down steak house," she said. "I am pledging that I care about the people who have chosen to live here, raise their families here and/or retire here.   I hope that some of my ideas will be considered by the rest of city council and city staff to bring business to Fountain and help with planned growth."

When asked what is it about Fountain, that loves, Carrick said that's pretty easy to answer.

"I love Fountain because so many in Fountain love me.  It's a small town feel, with a core group of people who have lived here many, many years and are trying to accept the growth and change.  But, many believe they have lost a voice and listening ear.  I hope they know that I will listen and make every effort to help."

Carrick will be at the Last Drop Coffee Shop (corner of Ohio and Santa Fe) on Monday, August 19 from 11 a.m. - 12:30 p.m. to meet with people and collect signatures on her petition.

In conclusion she asks, "What can I do for Fountain?"