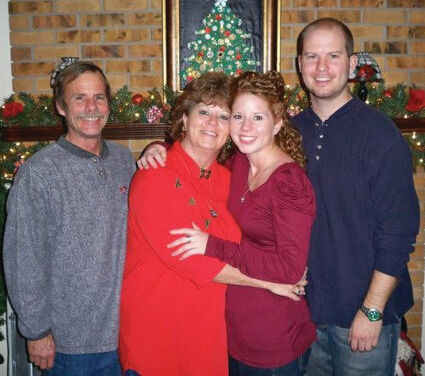 For the story and photo highlights click the following link: https://www.epcan.com/home/customer_files/pdfs/alternate/breadwinnerdavethomas_2019-9-11.pdf

Many might associate the name Dave Thomas with a famous long-time fastfood chain, but for a Fountain Valley family, Dave Thomas is the husband, father and grandfather who has been their inspiration. So much so, that his daughter, Joey, notified this paper he is retiring after 44 years of hard work making bread deliveries around the region. She said he is a humble fellow who never seeks the spotlight so what better what to honor her father's four plus decades of hard work to support the family than to surprise him this way!

David Henry Thomas Jr. has lived in the Security/Widefield area nearly his entire life. A Widefield High School Class of 1971 alum, he was the National Honor Society president.

During college at University of Pueblo, he started a job with Star bread, which would evolve to working for Entemann's/Orowheat, which is now named Bimbo.

He married the love of his life, Vicki (Cournoyer), in 1974 and worked with her at Security Florist for a number of years as their delivery driver.

He shared that as a kid he lived just down the street from the Stevens family (owners of Security Florist).

His work for Orowheat began in March of 1975. He was a supervisor for a few years in the 90s and decided he preferred working a delivery route. His schedule usually involved getting up between 2 and 3 a.m. every morning and working a 12-14 hour very demanding day.

"He is the most devoted employee ever, having never used a sick day in all his years working for them," his adoring daughter said. He clarified that once he fell and broke his arm and that was the only time he used a sick day.

"He takes pride in doing a job well done and has been lovingly referred to as Father Thomas, Dick Clark and Young Fellow to name a few nicknames that stuck with him," Joey shared.

He said he is proud for sticking with it this long, saying that while it was a demanding job it was a great work.

Thomas credits his long-time friend Bob Wright for helping him get started in his life's work, when he asked if he wanted to work part time when high school ended.

Over the years his delivery routes have varied taking him to Canon City, Pueblo, the Air Force Academy and all over the Pikes Peak Region. The route sizes have varied from 25 miles a day most recently to sometimes as much as 130 or 140 miles in a day.

At the time of this interview, Thomas said is looking forward to retirement to have more time with his wife and family which also includes his son, Jeff, and being a full-time "Papa" to his two grandchildren, Isabella and Tristan. He also is excited to read some of the many books that have been waiting so patiently in his library. 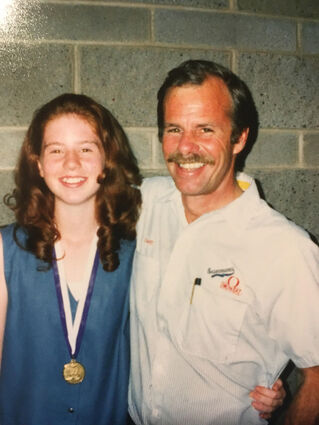 Dave and daughter Joey at her freshman National Honor Society ceremony. He's wearing an Entemann's work shirt in this photo.

His last day was Sept. 4, so we hope he is settling into his newest chapter of life nicely. Perhaps reading one of those books from his library with his grandchildren sitting on his lap.

Vicki and Dave Thomas with their precious gandchildren, Tristan and Isabella.