Andrew Gravil checks out a Security fire truck after receiving the 911 award on Friday.

On Jan. 9, El Paso County Sheriff's Office Dispatcher Mindy Belger answered a 911 call from 12-year-old Andrew Gravil. He proved to everyone he knows how to handle himself when faced with a traumatic event.

Andrew was at home with his family when a fight broke out between two dogs. His grandmother jumped into the fray and attempted to separate the animals. She was severely bitten by one of the dogs, and Andrew knew just what to do. He immediately called 911 for help. Dispatcher Mindy Belger was able to get clear, concise information from Andrew in order to start the Security Fire Department to his house. Andrew remained composed, answering questions and following all of Gravil's first-aid instructions until help arrived. He did his best to calm his mother and grandmother during the hectic situation.

On Friday, he was able to meet the Security Fire Department firefighters and paramedics who responded to his home on the day of the 911 call. He was calm and in-charge – how most people would like to think they would respond when faced with an emergency.

"We are so proud of Andrew for his quick thinking and poised response during a frightening time," a spokesperson said.

It is for Andrew's courage and dependability in a crisis that the El Paso County Sheriff's Office and the El Paso Teller 911 Authority presented him with the 911 Hero award. 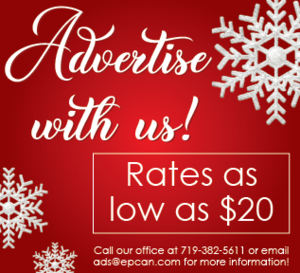