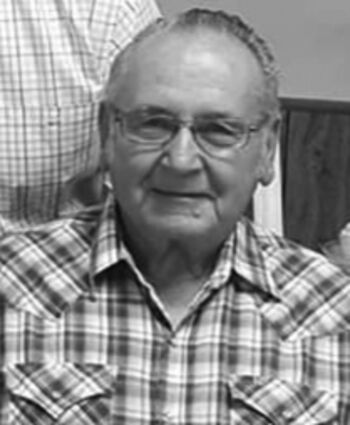 Les was born August 24, 1937 in Steamboat Springs, CO to Marion and Rinard Saylor. He graduated from Steamboat Springs High School in 1955. Les married the love of his life, Daisy McElhinney, on September 8, 1956. They were married just shy of 64 years. Together they had four children.

Les began a career in construction as a heavy equipment operator which took him all over the state of Colorado with Daisy and his kids by his side. He worked on several major highway and dam builds throughout the state.

They settled in Fountain, CO in 1970 and he started working for Schmidt Construction Company. Les officially retired in 2001 after 34 years but returned off and on for the next several years.

Les passed peacefully at his home in Fountain surrounded by his family. He was preceded in death by his parents, one niece and one nephew. He is survived by his wife Daisy, his four children: Leslie "Les" Saylor (Belinda), Lititia "Tish" Neagles, Myron Saylor (Tina), Marsha Saylor-Bartels (Troy), seven grandchildren, five great grandchildren, his sister Mardell Eubank, one niece and two nephews.

A memorial service will be held at a later date when everyone can be together. Donations in honor of Les may be made to the Al Kaly Shrine Transportation Fund at PO Box 193, Pueblo, CO 81002. Phone in donations can be made at 719-544-9505.