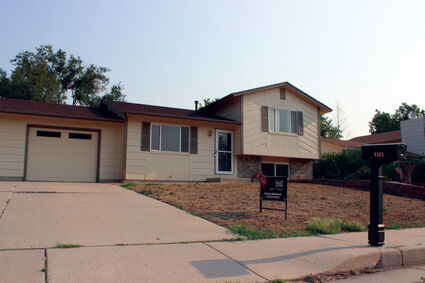 This home is one of several for sale in the Sunrise Ridge subdivision of Widefield, which is part of the top-selling 80911 ZIP code.

Security-Widefield and Fountain have been designated the easiest places in Colorado to sell a home.

New York financial technology company SmartAsset ranked places in the United States by the number of days their homes spend on the market.

For the "healthiest markets" ranking, Security-Widefield came in fifth place. It also ranked well in the "risk" category, coming in fourth.

A separate study by realtor.com ranked 80911 as the "hottest" – or top selling" - ZIP code in the entire United States. Homes here sold in a median six days in July.

The realtor.com® economics team identified the 10 hottest ZIP codes in the country where demand is surging and homes are flying off the market-sometimes within hours of being listed.

The appeal of this ZIP code may lie in its relative affordability. The median home list price was $306,500 in July-significantly less than the median $455,050 price within Colorado Springs' city limits, according to realtor.com data. It's also much less expensive than Denver's median $550,000 price tag.

But that increase in demand has driven prices in the ZIP code up nearly 15.9% from last July.

All of the other Top 10 in this ranking were in the eastern half of the United States.

According to the SmartAsset study, a healthy housing market is both stable and affordable. Homeowners in a healthy market should easily be able to sell their homes, with a low risk of losing money over the long run. In order to find the healthiest housing markets in the country, the study considered the following four factors: stability, affordability, fluidity and risk of loss.

To determine housing market fluidity, the study looked at data on the average time a "for-sale" home in each area spent on the market - the longer homes take to sell, the less fluid the market. Finally, it calculated affordability by determining the monthly cost of owning a home as a percentage of household income in each city.

Affordability accounted for 40 percent of the Healthiest Markets Index, while each of the other three factors accounted for 20 percent. When data on the above four factors was unavailable for certain cities, those cities were excluded from the final rankings of healthiest markets.

For a look at the full study, including an interactive map, full study results and methodology, check here: https://smartasset.com/mortgage/mortgage-calculator#Colorado/ease