Council takes no action when asked to rescind sign ban 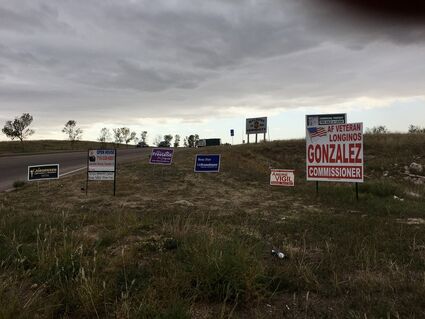 The corner of Bradley Road and Grinnell Boulevard in Security has an abundance of signs, including political ones. El Paso County jurisdictions such as this do not have as many rules concerning sign placement as the city of Fountain, which does not permit signs in the public right-of-way.

An issue that some in Fountain city government probably thought had been laid to rest many months ago was resurrected at last week's City Council meeting.

A number of people called in to plead that the council reverse its decision to ban signs in the public right-of-way, citing First Amendment rights and concerns that the rule is preventing political candidates from getting their names out as much as they would like. They also implied that there were numerous signs advertising various businesses and programs in public spaces that don't seem to be held to the same standard as political ones...