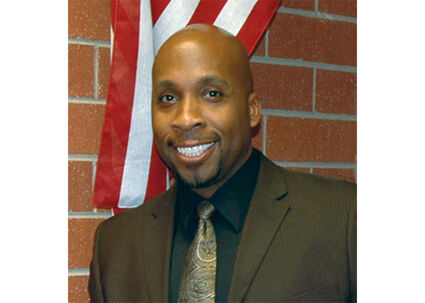 Kevin Duren will be WSD3's next superintendent.

The Widefield Board of Education approved the appointment of Kevin Duren at a board meeting on Nov. 19. He will begin this new position June 1, 2021, replacing current Superintendent Scott Campbell, who is getting ready to retire.

Duren has been in the district for almost all of his life. He attended King Elementary, Janitell Junior High and graduated from Widefield High School.

After graduation in 1987, he joined the Air Force Reserves and served six years at Peterson Air Force Base. During that time, he attended Colorado State University and earned his bachelor's degree in math and a minor in computer science.

Duren returned to Widefield to teach math and computer programming. He taught at Janitell Junior High and Widefield High School (WHS). After seven years of teaching, Duren was hired as the assistant principal at Mesa Ridge High School for three years. He was then appointed to the assistant principal of curriculum and instruction at WHS for two years before being appointed principal. Duren served as principal for seven years.

In 2014, Duren moved to central administration as the Executive Director of Secondary Student Learning and Math Achievement.

"I look forward to working with our great Widefield educators," Duren said. "These unprecedented times have only built our capacity to do extraordinary things in the future. There is no better time to be an educator. We are confident, determined and committed to inspire, encourage, motivate and energize our students to achieve more than ever thought possible."

"Widefield School District 3 is poised with potential to expand our reach and impact," he added. "I am excited for the opportunity to bring our students, teachers and community to the next level of success."