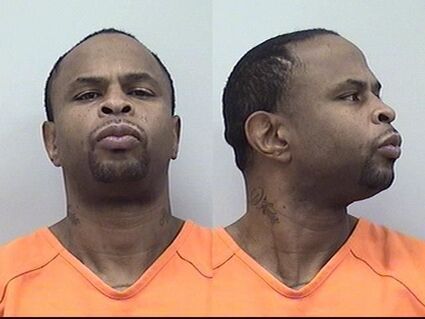 Authorities have arrested a man they say is responsible for a tragic car accident that resulted in the death of a 5-year-old boy in May.

Authorities say Dunbar was the driver of the SUV involved in the May 27 accident, and that he was under the influence of narcotics at the time of the crash. Dunbar was taken into custody in Las Vegas in November, and he was returned to Colorado this Tuesday and booked into the El Paso County Criminal Justice Center. His charges include: Vehicular Homicide, Child Abuse Resulting in Death, Vehicular Assault, Unlawful Possession of Schedule 1 Drugs, along with multiple misdemeanor charges.

At the time of the accident, police said three other people were injured in addition to the fatally-wounded 5-year-old. Drugs and lack of seat belts were noted as likely contributing factors in the crash and severity of injuries.

Around 6:50 p.m. May 27, FPD was notified of an injury traffic accident, involving multiple vehicles, in the area of South Academy and the I-25 southbound offramp. Officers from multiple agencies arrived on scene and immediately began to render medical aid to multiple victims. FPD's Accident Reconstruction Team responded and assumed responsibility for the investigation.

Preliminary investigation indicated a pick-up truck was turning east onto South Academy, from the I-25 southbound off ramp, when it collided with an SUV traveling westbound on South Academy. The SUV had failed to stop for the red light. The collision caused the SUV to spin, hit a sign, and travel into on-coming traffic, on the eastbound side of South Academy, where it struck another passenger vehicle.

During the collision, a 3-year-old female, the 5-year-old male and an adult female who was in the front passenger seat were all ejected from the SUV. Occupants of the SUV were not using car seats or seat belts at the time of the crash.

Unfortunately, due to the severity of the crash the 5-year-old was pronounced deceased at the scene. The adult female, the adult male, and the 3-year-old female were all transported to the hospital with serious but non-life-threatening injuries. The occupants of the truck were transported to the hospital with non-life-threatening injuries.