A grandson's tribute to an unsung American hero 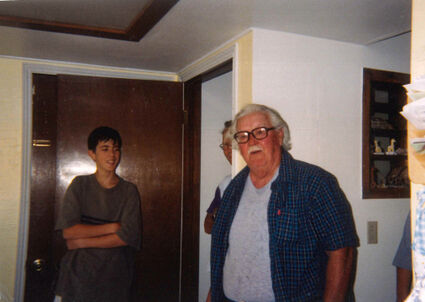 Editor's Note: The following letter was submitted by a former Fountain resident, Josh Napper, about his late grandfather, Maxwell Napper. Maxwell had lived on Autumn Place in Fountain since the 1980s and in Security-Widefield prior to that. The letter speaks for itself. Enjoy!

My name is Josh Napper. I am Maxwell Napper's grandson. In July of 2020, he passed away at the age of 90. He would have been 91 two months later. My grandfather was a great man who loved his wife and children. He adored his grandchildren, and absolutely idolized his great-grandchildren. I was fortunate enough to know him for 31 years.

In that time I heard stories of the small town in Kentucky that he was born and raised in. I learned of his childhood. Though he was born into a family with no money to speak of, just enough food to scrape by – and a family who never truly wanted him – he grew to be a man who would have everything.

His father (my great-grandfather) was a womanizer, a weekend alcoholic, and a cruel man who wanted nothing to do with my grandpa after his mother passed away during childbirth. He was alone and free to do whatever he pleased for the most part, answering only to his grandfather.

I could tell the tales that he told me of his youth, growing up in the forests of his home in Kentucky, or his life working to get by in Michigan. But I won't. That has little to do with this letter. Max was a man who cared too much and received too little. However, he cared for this great country as much as any one man could. Even with its faults, he loved his country and wanted to protect it.

My grandfather first attempted to join the military in the '40s. He attempted to get in with the Army when he was still too young, so he could fight in WWII and save lives and protect this country. But, sadly, they turned him down for being too young. Finally, he was able to join the Air Force the day he turned 18 in 1947. With a mind, sharp as a nail, and a desire to be the all-American soldier, he joined up and set off for basic training.

He passed his tests, got his shots and believed with his scores he was destined for greatness. For him, however, greatness came in the form of food service. He was devastated when he found out. He went AWOL so he could go back home to Kentucky and marry my grandmother, contemplating staying on the run to avoid being a cook. He scored highly proficient in electronics and math, and couldn't fathom why he was being forced to be a cook.

But my grandmother told him that he would still be serving his country, and it didn't matter if he were a cook or a general – he was still a hero. And that is something that I agree with.

My grandfather gave his time serving for nearly 20 years. By the time he got out, his back was damaged, he had arthritis in nearly his whole body, his vision was shot and he was tired. He felt relief, but a great sadness at the same time. He would always tell us the day he was cleared from medical and sent home to retire: he drove off the base and parked outside to cry for a brief moment at the end of his military career.

Max served at NORAD, Peterson Field, was stationed at a radar site in Louisiana, served in Vietnam, Iceland and Alaska. He loved all of his stations greatly. He never wanted to leave Colorado, and in the end he didn't. He will forever remain in Colorado with my grandmother.

In his time serving, however, he regretted never moving past Tech Sergeant. He always told us that he could have been promoted multiple times; but to do so, he would have had to compromise his beliefs and what was best for the soldiers.

The story I remember the most was about when he first arrived at NORAD. He found errors in ordering that went unnoticed for years as people were stealing food and MREs. The MRE stock that was there, people had broken into and stolen from. He found an insane amount of expired and spoiled food that they had been serving or ignoring. But he found it all. He saved the Air Force thousands and saved a few airmen from illness.

In Vietnam, the kitchen aides worked in the back rooms of the kitchen in a minimum of a foot of standing water. One had a cut on her foot, which got infected. My grandfather noticed her limping, took her to the medical room and got her patched up so she could heal – kindness that most civilians working on the bases at that time wouldn't ever experience. In return, she gave my grandfather knowledge of an attack that would be launched that night and any other night, which he was then able to provide to his commander and save soldiers' lives.

He was a hero. Not just to me, but to this woman and the men who were now safe because of one small action that others seemed to find abhorrent. "Why waste your time on her?" they would ask. "Just let her be. She can get it fixed after her shift," they told him. But my grandpa wouldn't stop with that. She was hurt and needed help, which is what a soldier should be – someone who helps those in need.

He served as the personal chef for the general of Peterson Field. He always helped those in need. When his subordinates struggled financially, he would give as much as he could. If they were hungry, he would feed them. If they were addicted to drugs, he helped them get clean. His commanders knew him, his subordinates defended him and his peers envied him. But he would never sacrifice his beliefs for a promotion or a good assignment.

Maxwell Napper is not a name that will appear in history books. You will never see the TSGT Napper Monument on any Air Force installation in this country, or any others for that matter. You'll never see a big Hollywood movie about him, and he will never be mentioned to any new recruits. You won't see his name on any walls or in a list of Medal of Honor recipients or as someone who received a Purple Heart. 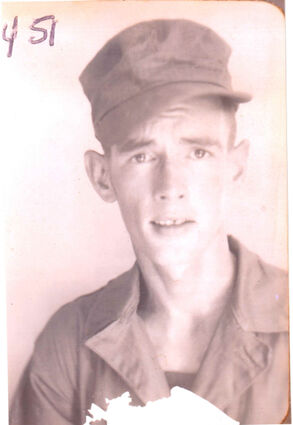 His story ended in 2020. No more chapters will be added. But he lives on in his children and grandchildren. We will all tell stories to our children and grandchildren of how much he loved them and just how much he loved this country. How much he was willing to sacrifice for people he didn't even know. He was a true American hero. And yet, nobody will ever know his name besides my family, if I don't say something.

He received his salute at his funeral and is buried among the veterans, and my father now has his flag and his honors. He will remain for all time enshrined with others who have given their lives for this country.

I am aware that few actual humans will most likely ever read this. But one thing my grandpa always told me was it never hurts to ask, and the worst outcome is I'll be told "no."

But I feel this man, this hero, deserves to have his story told. It may not be Hollywood movie material, but still. In a world of pain and suffering so many Americans feel at this time, be like Maxwell Napper. Care for your fellow countrymen and women and give as much as you can.