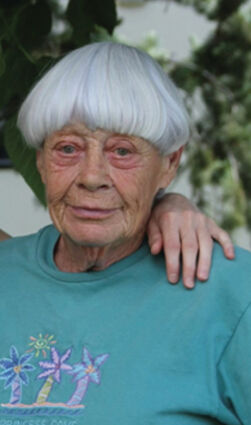 Phyllis M. Davis, beloved wife, mother, grandmother and great-grandmother. She passed away peacefully on Feb. 9, 2021, at her Widefield home with family at her side. She was born on Nov. 9, 1937, in La Junta, Colo., to Ray and Clara Blakney.

She was married to Kenneth R. Davis on March 21, 1959. They remained together until his death Dec. 1, 2011. She drove a semi-truck with Ken until 1965 when they moved to Security, Colo. She became a housewife and stay-at-home mom. She spent many years caring for her mother and many others in her home. She was also known for her green thumb. You could bring her a plant on its last leg, and she could bring it back to life. Her affection for hummingbirds showed as she had the most in the neighborhood due to her special homemade nectar.

She will be laid to rest with her husband at Pikes Peak National Cemetery at a future date.

In lieu of flowers, please make a memorial contribution to Penrose Cancer Center or your favorite charity.