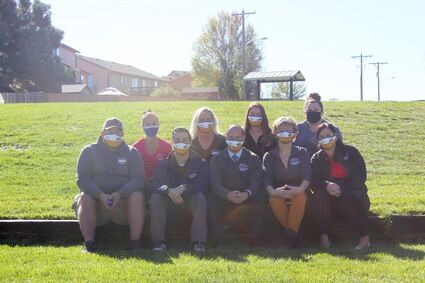 WPR and city of Fountain officials met in 2016 to discuss a regional recreation center. Plans moved forward over the next few years, with the Recreation Facility Advisory Committee (RFAC) proposing to ask Fountain voters for a mill levy increase in November 2020 to pay for the center. Ultimately, the RFAC announced it wouldn't ask for the mill levy, since COVID-19's effect on the Fountain economy made it unreasonable to ask for the increase until the economy recovered (which would not likely be until 2022 at the earliest).

With the regional rec center plans on hold, Fountain City Council announced it was opening up conversations with developers about creating smaller recreation options throughout the city (see the city council update in the March 3 issue). Eric Hulen, director for Widefield Parks and Rec, said that his organization is also moving forward with smaller (and hopefully interim) solutions.

"The city of Fountain informed our superintendent, Scott Campbell, that the partnership on a regional recreation center is now on an indefinite hold," Hulen said. "As a result, we are beginning to look at solutions to grow our facilities for the purpose of meeting the needs of our programs and community."

On March 7, Widefield Parks and Rec announced that it was accepting applicants for a Facility Expansion committee, which would "work with staff to discuss the need for expansion, provide feedback and help communicate to the greater community construction concepts, timeline for completion and the positive impact on programming."

Hulen emphasized that WPR is still interested in the regional rec center, but the organization's needs dictate that they have to develop something soon.

"We're growing at such a rate and have an immediate need for new facilities and new space," Hulen said. "What we decided to do is move forward with, obviously not a regional rec center plan, but a facility expansion to accommodate our needs now and in the near future; and then if a conversation were to come back about a regional rec center in the future, we'd be open to having that conversation. But at this point, we would need to institute something much earlier."

At the moment, WPR is getting consultants and contractors to create concepts and cost analyses. Hulen said there's a possibility for construction to start as early as January 2022. WPR has also added a new web page titled "Facility Expansion" to its main website, which details four kinds of space that expansions could make room for:

Hulen clarified that these expansions would not be added to the current WPR main campus building in Security.

"It would be very cost-prohibitive because of how old the current buildings are; it's probably cheaper to build [something] completely separate," he explained.