Soldier fights for her life to serve in the U.S. Army 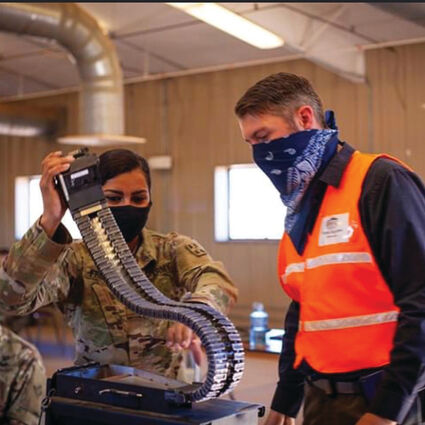 Spc. Zahraa Frelund undergoes training on the robotic combat vehicles as part of the Army's Next Generation Combat Vehicle testing, which cavalry scouts from the 4th Squadron, 10th Cavalry Regiment participated in at Fort Carson during the summer of 2020. Frelund has been with 4-10 Cav since 2019, and her leadership says she has grown tremendously as a cavalry scout during that time.

Editor's note: The following story is told from a Soldier's first-person account.

With her hands in the air - not daring to let them fall - Zahraa 'Katya' Frelund slowly walked the longest half-mile of her life, barefoot and exhausted, toward the just-rising sun and the guard tower at Baghdad's Victory Base Complex.

It was 2009, and Frelund, a 19-year-old runaway from her home in Babylon, Iraq, knew her life, her fate, rested in the hands of the American strangers on the other side of the heavily-guarded gate.

As a woman traveling alone, it was a miracle she'd even made it that far. She ha...