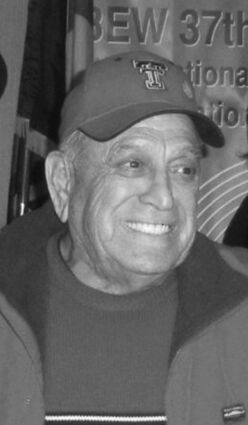 Ruben J. "Shorty" Bustamento of Fountain, Colorado, entered eternal life to be with his loving wife, Dorothy, on Tuesday, March 23, 2021. Ruben passed away at home surrounded by his children.

Ruben was born on July 9, 1930, in Robeline, Louisiana, to Paul and Viola Bustamento. Ruben was a twin and born third of seven children. He grew up in Louisiana and met the love of his life, Dorothy, there. Ruben and Dorothy married on November 21, 1954, and had four children.

He moved his family to Colorado in 1966 and resided in Fountain from 1971 until his passing. Ruben was a Korean War Veteran serving with the U.S. Army in the 9th Infantry Regiment in the Tank Company. Ruben worked for the city of Colorado Springs Utilities as a Journeyman Lineman from 1966 and a Line Crew Foreman until his retirement. He was initiated on May 24, 1956, as a Journeyman Lineman with I.B.E.W. and was member for 65 years.

Ruben loved hunting, collecting antiques, restoring classic cars, working in his yard, and enjoyed listening to Hank Williams and Jim Reeves. Ruben was dedicated to his wife and children and took pride in his family. He adored his grandchildren and supported each of them from being their biggest fan at baseball games, hockey games, music concerts and award ceremonies.

(Please wear your Levi's jeans to honor one of the greatest Linemen ever – Shorty would love it.)