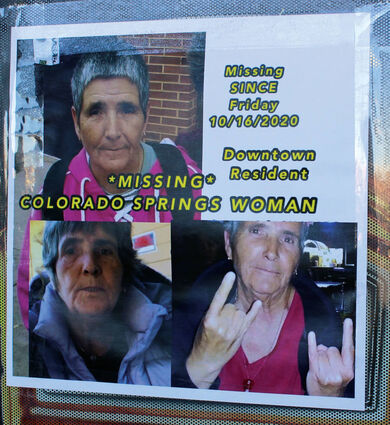 Fliers about Christine Pierce's case have been distributed throughout the Colorado Springs and surrounding areas.

Christine Pierce, a Widefield High School graduate and well-known drummer in the Colorado Springs music scene, has been missing for six months. Pierce's disappearance was noted on Oct. 20, when she didn't show up for a band practice. Later investigations found video footage of Pierce from Oct. 16, with nothing after that date.

"It's been about a month since the civilian side of the search exhausted every lead we have," Krewson said. "The entirety of the investigation now lies with the Colorado Springs Police Department."

To report any sightings or new information about Pierce, contact the Colorado Springs Police at 719-444-7000. To get involved in the civilian side of the search, contact Brian Krewson at 719-237-7614. To donate to the GoFundMe project, go to gofundme.com/f/x2qm4b-bring-christine-home.