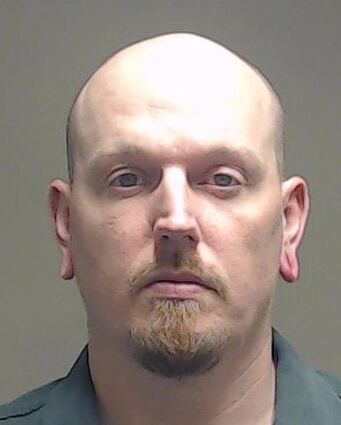 Joseph Hunnicutt aka Joseph Sullivan aka Justin Bailey has been arrested for the murder of Alison Cantrell.

Authorities have arrested the common law husband of the woman whose body was found near Old Pueblo Road in mid-March.

Joseph Hunnicutt – known to Cantrell's family and friends as Joey Sullivan – was arrested in Texas, which is where relatives of victim Alison Cantrell said he was trying to move with the couple's 7-year-old daughter.

"Information revealed during this investigation led detectives to track and find the suspect in Grayson County, Texas," an El Paso County Sheriff's Office spokesperson said. "The suspect has been identified as Joseph Hunnicutt [age 40]. Hunnicutt is also known under two other aliases, Justin Bailey and Joseph Sullivan."

Authorities located him on Thursday and subsequently arrested him with the assistance of the Grayson County Sheriff's Office. He is currently being held at the Collin County Jail in McKinney, Texas, on the charge of first-degree murder.

"We would like to thank the Grayson County Sheriff's Office for assisting in the arrest of Hunnicutt and the Collin County Jail for holding him for us," an EPSO news release said.

A relative of Cantrell's said Hunnicutt/Sullivan was trying to move to Texas with the couple's 7-year-old daughter. A relative traveled to Texas to take custody of the girl due to the father's arrest. 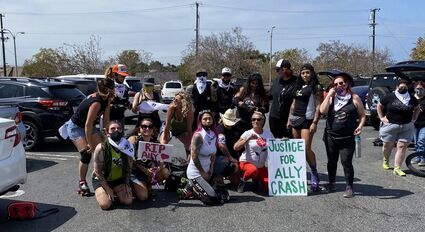 If anyone has information, they are encouraged to call the EPSO Investigations Tip Line at 719-520-6666.

Cantrell was last seen in public the evening of March 13, where a convenience store camera captured her image in Colorado Springs. A passerby discovered her body two days later in a rural area south of Fountain.

Cantrell, 33, had moved to Colorado Springs with Sullivan and their daughter in 2017. She was a native of California, where one of her hobbies was roller derby. Last weekend the Ventura County Derby Darlins held a 2.2 mile "Memorial Skate" in Cantrell's honor. Friends are also raising money to support the family with their unexpected expenses.