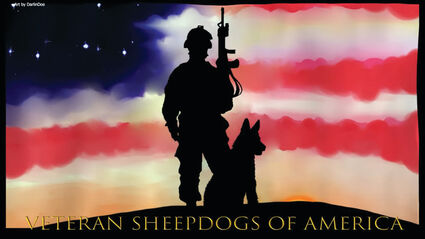 It's been said many times that if someone fights for their country, they shouldn't have to fight for necessary treatments or benefits connected with their service. Unfortunately, veterans do not always get the care that they need. Veteran Sheepdogs of America, a nonprofit that started in Colorado in 2020 and is now going national, calls itself "the Veteran's Voice" and advocates for veterans struggling to get their benefits.

"It is disheartening that we needed to form this organization, but I could no longer stand idle while seeing our fellow service members not receive the care and benefits they earned," VSA Vice President Anthony Archer said. "When you volunteer to serve our great country, you shouldn't have to worry about how you will be taken care of when you make it home."

Archer founded the organization with fellow combat veteran Joshua Hosler under the name Veteran Sheepdogs of Colorado (VSC). Archer described the project as being informed by his and Hosler's experience as veterans navigating the Department of Veterans Affairs (also known as the VA).

"Since retiring from the Army in 2011, I have been a State Veterans Service Officer with the Veterans of Foreign Wars, a Senior National Service Officer with Wounded Warrior project and Congressman Lamborn's Senior Military and Veterans Liaison," Archer said. "In all those jobs I looked for an organization that held the VA and our elected representative accountable for what they said they would do and what they actually did or did not.  Our president, Joshua Hosler, and I worked together in Congressman Lamborn's District Office, Josh was the District Director, and we both became concerned about what has been happening to veterans and the lack of accountability. We could not find one organization that energized and informed veterans about what was going on with their benefits and held anyone accountable. As a result, we decided to form Veteran Sheepdogs of America and get veterans mobilized to have a say in what was happening, or lack thereof, with their benefits they fought so hard for."

"For far too long we have seen my brothers and sisters suffering because the VA and decision-makers lack the ability to take care of our needs," Hosler said. "Our organization will work with legislators, other veteran organizations and members of the veteran community to make sure that those that served our country get the care that they were promised and earned."

Archer and Hosler took the name "sheepdog" from the 2004 book "On Combat" by retired Lt. Col. Dave Grossman. Grossman describes "police officers, soldiers and other warriors" as being like sheepdogs who keep society safe from predators, or the hard eggshell that protects a robin so it can develop. Obviously, this raises the question what happens when the sheepdogs aren't taken care of by the group they protect, something VSC was designed to resolve.

The original website for VSC described it as a nonprofit focused "on organizing and uniting veterans, giving them a loud and effective voice," and advocating for "veteran issues, VA reform and accountability." The VSC board of directors eventually decided to re-form VSC as a national group and changed their name to Veteran Sheepdogs of America (VSA). VSA received their letter from the Internal Revenue Service certifying them as a 501c3 nonprofit on Jan. 7. They plan to continue the work they were already doing – organizing veteran membership programs, events and grassroots campaigns to hold the VA accountable. VSA also hopes to promote related causes, such as better protection of veteran benefits and the building of adequate veteran facilities.

In addition to advocacy, VSA collects active duty stories from veterans who took part in WWII, the Korean War and the Vietnam War. Once recorded, these stories become part of the archive at the Veterans History Project in the Library of Congress. 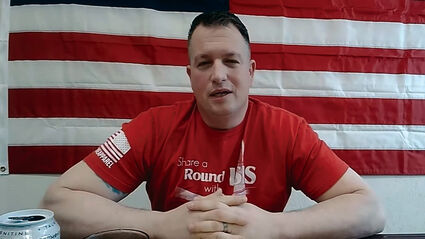 Joshua Hosler of Veteran Sheepdogs of America discusses the organization in an online video on the group's official YouTube page.

"As we strive to be the Veteran's Voice and let everyone know about what is happening legislatively and with the VA, we cannot forget about the valuable experience our veterans have and need to preserve those stories so our future generations can learn from those experiences and never forget what our ancestors did to preserve our way of life," Archer said. "We are proud to work with the Library of Congress' (LOC) Veteran History Project by recording those stories and sending them to LOC to be preserved."

VSA hopes to have a new chapter in Oklahoma by May 1, followed by a third chapter in Texas by the end of this summer. At the moment, they are rebuilding their existing website, but people can contact them via the VSA Facebook page (facebook.com/VeteranSheepdogsofAmerica) or by calling their main number, 1-844-743-3743. You can also check out the VSA YouTube page for any further announcements and other resources (youtube.com/watch?v=zbdUHqkTIxs).