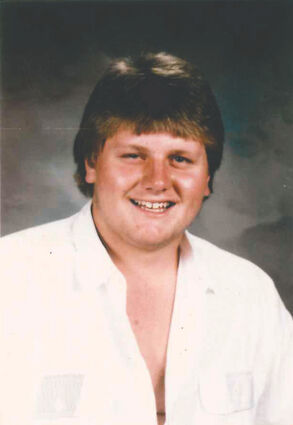 David Roy Schoenberger passed from this life on Wednesday, May 19, 2021. Dave lived his entire life in the Security/ Widefield community. Dave was born on Wednesday, February 6, 1974. He was 47 years old. Dave attended District #3 schools and graduated from Widefield High School in the class of 1992.

The year 1992 was outstanding for Dave. He earned 2nd place in the State Wrestling Tournament in the Heavyweight Division. He also competed in the National Wrestling Championship Tournament. He then graduated from high school, married Sandra Kaye Fisher, and became a father to his first-born son.

Dave began his lifetime occupation in the automotive repair industry. He opened his own shop on Hwy. 85-87, then moved his shop on Academy Boulevard. His final years were spent with the Brakes Plus Corporation. He developed Multiple Sclerosis and liver problems that forced him to retire with disabilities.

Dave and Sandy have three sons: Joseph, Joshua and Jacob. All of them followed their dad's example and participated in many sports through Security Parks and Recreation and school district teams.

Dave was a big man with a big heart. He loved his family, sports, riding dirt bikes and fishing. At his request, his ashes will be scattered at his favorite lake.

A memorial gathering will be held to share memories at Pi-Ute Park Pavilion in Security, 805 Main St., Saturday, June 26, from l-5 p.m. Please stop by. In lieu of flowers, please send any donations to the MS Society or your favorite charity.