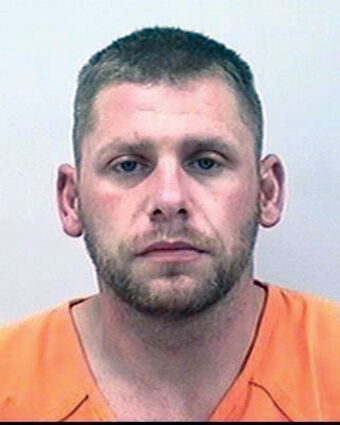 On Sunday, June 6, at about 5:37 p.m., an officer with Fountain Police Department attempted to conduct a traffic stop on a white Honda Civic for a minor traffic violation. When the officer turned on his lights to initiate the traffic stop, the suspect fled at a high rate of speed. The officer attempted to get a license plate number, and as he did, the adult male suspect pointed a black handgun out the window.

The officer initiated a pursuit, which went through Fountain, into unincorporated El Paso County and finally into Colorado Springs. During the pursuit, the suspect pointed the gun at the officer and at other motorists at least three times.

The suspect was taken into custody at about 5:51 p.m. after the Fountain officer used a vehicle intervention technique to stop the suspect vehicle.

The suspect has been identified as Nicholas Johnson, 32. He has been charged with felony menacing, felony eluding, possession of a weapon by previous offender, violation of a bail bond, and several misdemeanors.

Potential witnesses, or anyone with information about this incident, should contact Officer Venegas at (719) 225-3559. To remain anonymous, call Crime Stoppers at (719) 634-STOP (7867) or visit http://www.crimestop.net. If information leads to a felony arrest, you could be eligible for a cash reward.