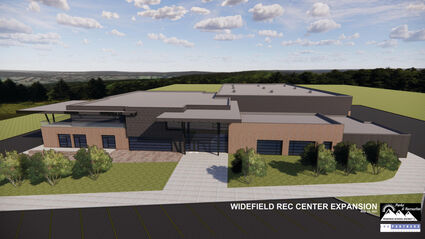 Widefield Parks and Recreation (WPR) has released new plans for expanding their center and resources. The expansion plans were announced the week of May 20, and included a video from a community meeting where Parks and Rec Director Eric Hulen described the current plans and their schedule.

As described in the video, the plan is to turn the WPR offices at 705 Aspen Drive into a "community hub," keeping the existing building while replacing one of the softball fields nearby with a new building and renovating the surrounding area. The new building would become a "multi-use field house," with fitness rooms, office spaces and community rooms. Staff and resources currently at the 705 Aspen Drive location would be moved to the field house, and the old building would be used for other purposes. The timeline listed in the video states that designs for the expansion will be finalized by June 17, with final approval by September 15 and construction beginning Feb. 1, 2022.

Some may question the need for adding a new building rather than just remodeling the current one. Hulen addressed that question in the March 17 article, "Widefield Parks & Rec studying new options," where he explained the problem comes down to expense. The building at 705 Aspen Drive is old, and estimates have found that the cost of remodeling it would exceed the current WPR budget. Adding a new building nearby is cheaper, and allows people to use 705 Aspen Drive for different projects.

"Once we vacate the building, there could be conversations about what other entity would [use it], whether the school district uses it for maybe other resources that they have or need," Hulen said. "That still has to be determined."

In terms of renovations around the site, some things will stay and others may be altered. The existing pool will still be there, and it was recently renovated, so it should last another 10-15 years. Hulen is hoping that at some point in the future, they will be able to install a zero-entry pool at the multi-use field house for high school sports and other uses. While final budgetary discussions are still going on, Hulen listed several items that he hopes can be altered for better usability:

Expanding roadways around the site and pool for two-way traffic

Expanding "Field Number 1," the original baseball field, to make it into a multi-use field similar to ones at Fountain-Fort Carson High School 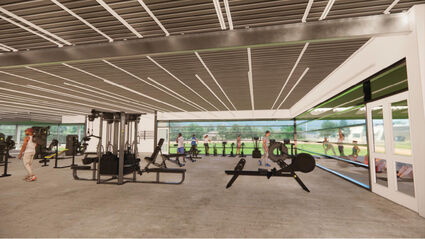 An exercise room is just one of several areas planned in the WSD3 Parks and Rec expansion proposal.

"We want to reconfigure that, expand it to be a larger field that would be similar to the field that is being displaced by the new building," Hulen explained. "It would be of an Astroturf surface or artificial surface so that we would have multiple usage – everything from soccer, flag football, T-ball, softball – not just baseball."

Hulen encouraged residents who have questions about the new design to contact him for more details.

"What our hope and goal is we've really spent the last four or five months trying to get as much information to our region and our community, so that they know what's going on and can share feedback if they have any," he said.

To contact Eric Hulen, email [email protected] To see the information meeting video and other details about the expansion, go to parksandrec.wsd3.org/information/facility-expansion.