Schleiker to run for clerk and recorder 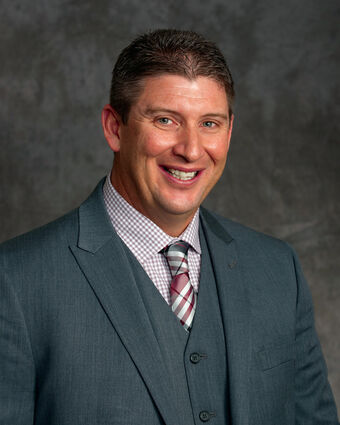 The clerk and recorder is the top official in charge of elections and voting for the county. The office, currently led by Chuck Broerman, also handles a wide variety of other tasks including marriage licenses and vehicle registrations.

He was named the 2019 Assessor of the Year by the Colorado Assessor's Association at its 77th Annual Winter Conference.

After graduating from Widefield High School in 1987, Schleiker joined the U.S. Marine Corps where he received numerous awards and was a decorated veteran from Operations Desert Storm, Southern Watch, and Deny Flight. In 1993, he was named first runner-up for the John W. Finn Aviation Ordnance Man of the Year award for the U.S. Navy and Marine Corps.

After an Honorable Discharge in 1999, Schleiker went on to earn his Appraisal License. He holds a Bachelor of Science Degree in Information Technology Management, a Master's Degree in Project Management, and an Executive Master's in Business Administration.

Schleiker and his family are active in the community and live on the west side of Colorado Springs, where they are members of Woodmen Valley Chapel and serve on several local boards.