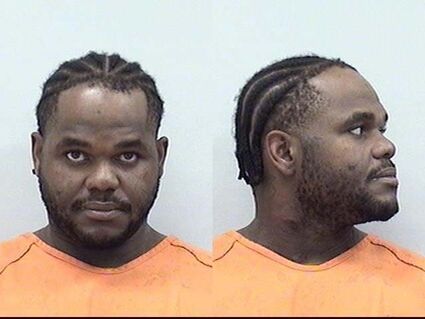 Detectives attempted to conduct a traffic stop, and a short pursuit ensued as Williams began fleeing into the Cross Creek neighborhood. Detectives used a Tactical Vehicle Intervention (T.V.I.) at the dead-end of Cross Creek Drive.

Williams was taken into custody and booked into the El Paso County Criminal Justice Center on his outstanding warrants and two new charges: felony eluding and possession of Schedule II controlled substance.

Williams was one of two men arrested last September on charges of aggravated robbery and menacing following a robbery of United Business Bank in Fountain. At the time, police said he was linked to several other robberies in the Pikes Peak Region.

Initial reports in that robbery had described the suspect as being an “unknown sex,” as it appeared he was disguising himself as a woman.

Williams was out on bond pending trial for the bank robbery. With these new charges, police say they are hoping he will not be able to bond out again.