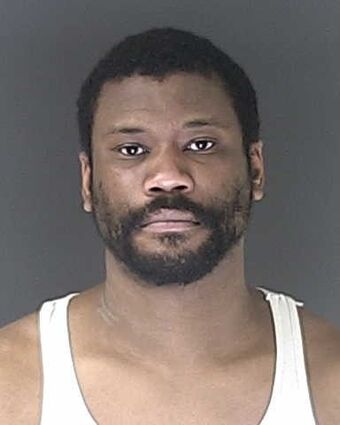 A Widefield man was arrested Thursday evening after authorities say he fired a weapon from his vehicle and then barricaded himself inside a home on Cornell Street. The incident appears to stem from road rage, officials said.

El Paso County Sheriff's deputies arrested Darwin Hilliard, 36, around 8 p.m. -- three hours after the shooting was reported. In the meantime, nearby residents were ordered to shelter in place.

Someone called 911 around 5 p.m. to report that a man was shooting a weapon from the sunroof of his vehicle near Cornell Street and Widefield Boulevard. When deputies arrived on scene, witnesses said Hilliard pointed the weapon at a person before running into a home in the 100 block of Cornell Street. Preliminary investigation of the incident revealed this may have stemmed from a road rage incident.

"The suspect refused to comply with orders to exit his home on Cornell Street and instead barricaded inside," an EPSO statement said. "The Tactical Support Unit responded and assumed control of the situation. Approximately three hours later, the suspect surrendered and was taken into custody without incident."

During the search of the home several weapons, body armor and ammunition were located. Hilliard was booked into the El Paso County Jail and charged with the following: felony menacing, prohibited use of a weapon, reckless endangerment, sexual assault (three counts -- failure to appear warrant not related to this incident.)