Woman killed by train at 85 and Fontaine 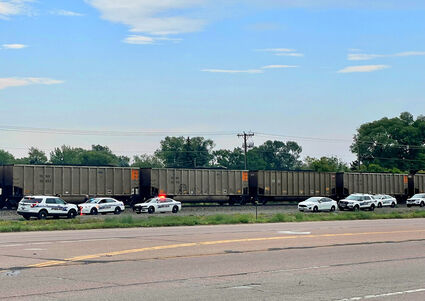 A train hit and killed a female pedestrian on Wednesday afternoon south of the Hwy. 85 and Fontaine Boulevard crossing.

UPDATE (Aug. 20, 2021): A month later, police confirm that the incident was “non-criminal and not accidental.”

A woman was hit and killed by a train just south of the crossing at Hwy. 85/87 and Fontaine Boulevard on Wednesday afternoon.

Public Information Officer Lisa Schneider of Fountain Police Department said the victim was deceased when first responders arrived. So far, police have not said whether the accident was due to the victim not hearing or seeing the train, or whether she placed herself there intentionally. FPD was still discussing the situation with BNSF Railway police before providing any further updates, Schneider said.

People in the vicinity said they heard the train come to a "screeching halt" as it traveled through the intersection, which was closed for about three hours while law enforcement investigated the scene.

This was the second train accident in the vicinity in less than a week. Just six days earlier, a car was hit by a train at the Main Street crossing just 1.5 miles north of this spot. However, no major injuries were reported there.