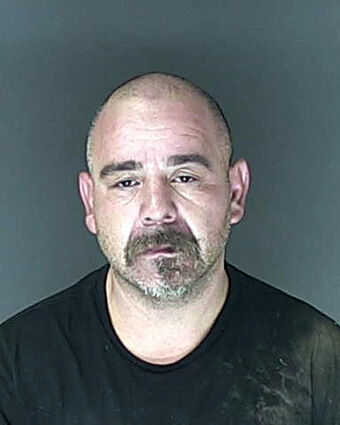 A man was arrested Wednesday evening after reportedly menacing with a firearm at a gas station on Hwy. 85/87 near South Academy Boulevard, then leading deputies on a foot chase.

At around 6:40 p.m., the El Paso County Sheriff's Office (EPSO) Communications Center received a report of a menacing with a gun that just occurred at the Rivon Gas & Convenience Store at 4140 S. Highway 85/87.

EPSO Patrol Division and Tactical Support Unit deputies responded, and their investigation identified the suspect as Francisco Maldonado, 42. Maldonado was later located a short distance away at a home in the 3000 block of Glenarm Road, just west of the highway.

After speaking with Maldonado and finding a loaded handgun on scene, deputies determined probable cause for his arrest. They attempted to take him into custody, but Maldonado ran away. After chasing and tackling him, Maldonado resisted their attempts to handcuff him. He was taken into custody, and no one was injured, according to EPSO.

Maldonado was later booked into the El Paso County Jail and charged with felony menacing, possession of a weapon by a previous offender, and resisting arrest.