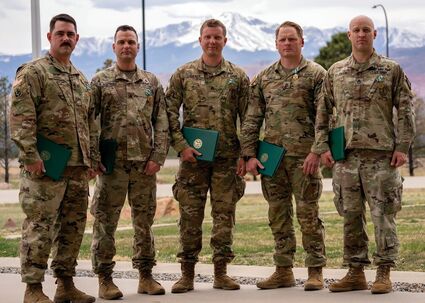 In less than five years, the Colorado Army National Guard's marksmanship program has gone from practically non-existent to one of the best in the world.

In 2014, Colorado commanders sought a way to improve marksmanship across their units and pushed to emulate other successful programs around the country.

"Before that point in time, I had shot a lot on my own but never in a competition setting," he said. "So I thought that a good starting point would be to enter a competition and learn how one was run from a competitor's standpoint."

The next available competition at the time was the Marksmanship Advisory Council-Region VII in Florence, Arizona. Catlin immediately signed up and drove down there to give it a shot.

"I realized pretty quickly though that I wasn't going to get the information I needed for the administrative side of things participating as a competitor alone," he said.

This led Catlin to link up with the National Guard Marksmanship Training Center in Little Rock, Arkansas, to learn how to build a successful program.

"I wasn't aware of the National Guard Marksmanship Training Center before I started down this path, but, after learning about the NGMTC, it became clear that they were the best people to talk to," he said. "The professional mentorship, ammo allocation, and funding of the NGMTC enabled our program to grow into what it is today."

With that knowledge, Catlin worked with his state to institute their first Colorado TAG match, a competition open to any Soldier or Airman in the Colorado National Guard who wished to compete. The initial interest from service members throughout the state was high, and 73 service members signed up. Today, the average participation is around 80-90 service members. While the number of participants isn't much higher, the average score has increased substantially-even for those who have never competed before.

"Right now, we're seeing scores from our new competitors that are equal to what it took me and the other organizers five-to-eight years a piece to reach," Catlin said. "Prior the competition, we were able to give them a decent amount of coaching so that they can learn from ... mistakes. This, in turn, has led to a massive jump in the overall ability level of each participant."

For their victory, U.S. Army Brig. Gen. Paul, Assistant Adjutant General, Army, COARNG, personally awarded each member, including the coach, an Army Commendation Medal and a Commander's Coin of Excellence.

Together, Fulmer and Catlin's dedication have earned them both the Distinguished Rifle Badge and the Distinguished Pistol Badge, a feat that roughly only a 1000 Soldiers in the history of the U.S. military have accomplished.

Building on Catlin's work, Fulmer has become the Small Arms Readiness Training NCO for the COARNG. He said he is working to raise the bar even higher for the state. Fulmer formerly served in the U.S. Marine Corps with the 1st Reconnaissance Battalion, Camp Pendleton, California.

After two deployments to Afghanistan, Fulmer moved to Colorado and joined the COARNG where he worked his way up to his current position. He regularly travels for the state to other marksmanship competitions and builds on the relationships which Catlin started. The All Army Small Arms Competition is just one of many competitions that the state participates in, and Fulmer found himself flying back to Fort Benning not even two weeks after his joint win at All Army to coach a team of two snipers to compete in an international competition that accepts teams from around the world.

"This job certainly demands a lot of travel," Fulmer said. "But fortunately for me, I love the work and don't think too much on the stresses it comes with."

Fulmer's secondary role as the team coach isn't entirely a result of his experience with shooting competitions. As a sniper and section leader, he said that he has substantially more to offer in terms of educating Soldiers on proper techniques and procedures.

The 2021 Best Sniper events, like in years past, differ from prior events to prevent an unfair advantage for any returning teams. Likewise, during the competition itself, the coaches and teams separate before each event to prevent cheating of any kind.

Fulmer's value, then, came in the weeks leading up to the competition when he worked with each member to fine-tune their weapons and processes before the competition began.

"At the end of the day, each sniper has to fire their own weapons, and hitting the target is on them," he said. "The coach is really there to help with debriefs on what went well and what went wrong to improve moving forward."

Overall, the team came in seventh out of 26 teams. Neither Fulmer nor his team complained, though, considering the groups that beat them.

"Being top 10 in general is a huge achievement considering how steep the competition is," Fulmer said. 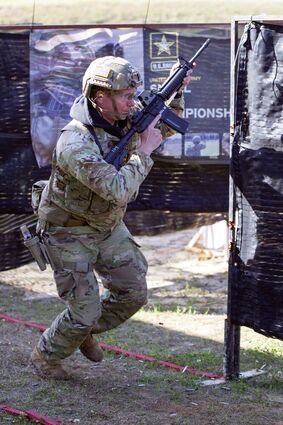 Whether the team gets first place or last, the state wins.

"Overall, being in the top 10 at number seven was great," Fulmer said. All of the teams that beat Colorado were Special Operations teams: the Special Forces Sniper Course; three ranger battalions; and, the Utah National Guard Special Forces. So the company that we're with is great to see, and the people we lost to are great teams."

Every year at the TAG match, Catlin tells the participants that the competition is more than a contest: it's training as well.

"We stress that this is a training event and that we want to bring those people with the lower skill level up to the top," Catlin said. "That's because if and when they go into combat, better marksmanship can mean saving a life. The life they save might be my own or any other Soldier on the battlefield, but they're going to be on that battlefield beside me and saving lives with the instructions we're giving them out here today."