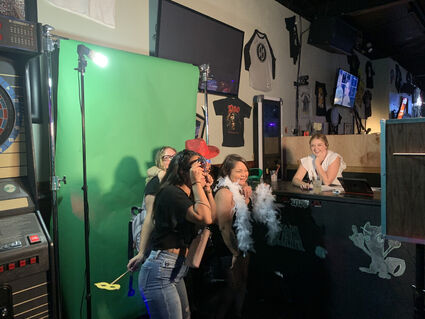 The DUI photo booth will be set up at Legends Rock Bar this evening, Aug. 6.

A night out on the town is for making memories - the right kind of memories. Driving impaired can quickly turn your night into a nightmare with a DUI. The Colorado Department of Transportation is partnering with Legends Rock Bar to help increase public awareness of the consequences of impaired driving. CDOT will have a special photo booth at Legends Rock Bar this evening, Aug. 6, to remind patrons to never drive impaired.

The photo booth will deliver the DUI message in an unforgettable way. The last image in each series of photos shows bar customers at a drastically different location - jail. The surprise mugshot will emphasize how quickly a person's night can be altered by the choice to drive impaired and serve as a creative reminder to always arrange a sober ride.

"With more bars and local establishments opening their doors at full capacity this summer, we expect to see more Coloradans out drinking. But with the fun and excitement comes responsibility," said Sam Cole, CDOT Communications Manager. "We want everyone to consider what is at stake when you choose to drink and drive. A DUI arrest is a criminal offense with consequences that will alter your life for years. We urge everyone to always end their night with a sober ride home."

The choice to drive impaired can cost upwards of $13,500 after considering fines, legal fees and increased insurance costs. Lost time due to court dates, a revoked license, up to one year in jail and probation time are additional consequences of a DUI. Most importantly, it can affect the lives of those around you. So far this year, 126 people have been killed by a suspected impaired driver in Colorado. Learn more about the consequences of a DUI at: https://noduicolorado.org/. 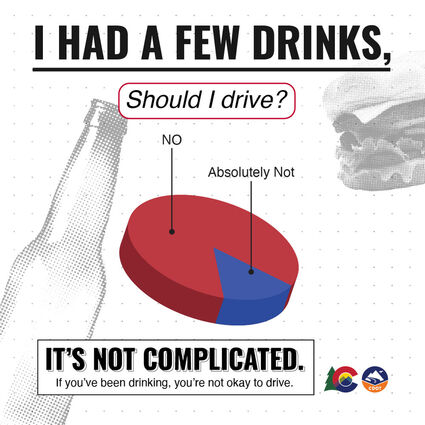 "Legends Rock Bar is excited to partner with CDOT and bring an out-of-the-box approach to DUI-prevention efforts," said Randall Fishburn Jr., Communications Director of Legends Rock Bar. "We hope this unique campaign brings a new conversation to drinking and driving, and reminds Coloradans that it's never worth it to drive under the influence."

CDOT's new It's Not Complicated campaign aims to inform Coloradans that no matter how many alcoholic beverages they've had, the answer to whether or not to drive after drinking is always 'no.' Many people spend an enormous amount of energy trying to convince themselves they are OK to drive after drinking. Unfortunately, officials say magic solutions like "chug two glasses of water" don't exist. The truth is, if you've been drinking, you're not OK to drive.