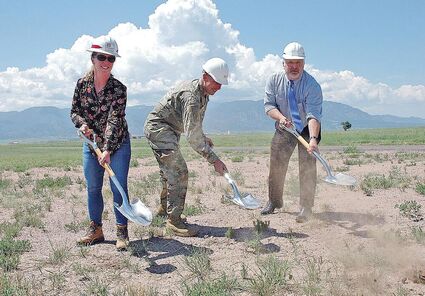 The Fort Carson Directorate of Public Works held a groundbreaking ceremony for the final construction phase of Essayons Road on July 27 at Gate 19. The ceremony highlighted the culmination of several phases of work, which began in 2012, to build and improve Essayons Road and separate military vehicle movement from personal vehicle traffic heading to and from Gate 19.

The project is expected to be complete in January 2022. Once finished, a 2-mile, continuously-paved road will connect Gate 19 to Butts Road and the rest of post.

The Essayons Road project was spurred by the construction of fa...