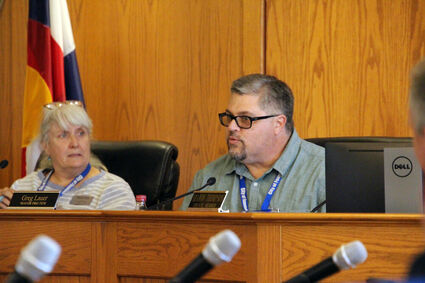 Council Member Greg Lauer announces his resignation from the City Council on Tuesday night. He had been a candidate for mayor but is dropping out of that race, citing personal and professional circumstances that prevent him from pursuing that at this time.

Monday was the deadline for potential candidates for Fountain mayor or City Council to submit their petitions with the required signatures from registered voters.

As of press time Tuesday, there were some last-minute additions to the race, and one drop-out.

Over the weekend, word began circulating that current Council Member Greg Lauer, who serves as mayor pro tem, would not be continuing his bid for mayor. He did not submit his petition by the deadline.

At Tuesday's City Council meeting, Lauer explained that not only was he not running for mayor, but he was resigning his seat on the council altogether after that meeting. He cited recent personal and professional circumstances as the reason. Fighting back tears, he commented that the moment was "bittersweet," as he had experienced the city and the its leadership team come a long way during his tenure in office.

Lauer's term is up at the end of the year, and his "at-large" seat is up for election on Nov. 2 anyway. The council likely will declare the seat vacant at the next meeting Sept.14, at which time a replacement could be appointed or the seat can remain vacant until the new members are sworn in – typically in December. There is only one candidate for that position.

Meanwhile, Council Member Detra Duncan began collecting signatures for the mayoral seat over the weekend. She submitted her signed petition Monday. Duncan was first elected to the council two years ago.

Another new name in the race for mayor is Drew Hilde, who submitted signatures in time. However, City Clerk Silvia Huffman said the signatures were found to be insufficient, and she gave him options to cure the petition by Aug. 27.

Positions and candidates, along with their petition status (petition picked up – PU; petition submitted – S):

Drew Hilde – PU&S (found insufficient; has until Aug. 27 to cure)

Greg Lauer – PU (announced resignation from council/dropping out of race) 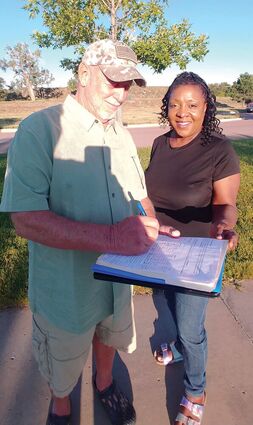