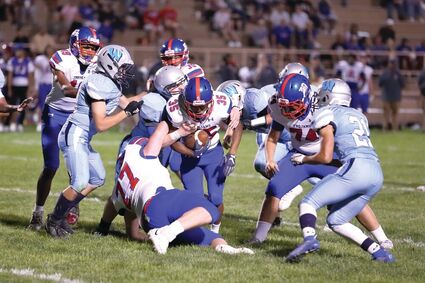 FFCHS' Arion Hart, above, plows through the opposition during Thursday's game against Widefield.

The Grizzlies won 31-28 at Denver South on Thursday.

The Gladiators lost 48-0 when they hosted Fountain-Fort Carson on Thursday.

The Lady Gladiators won 17-1 against Palmer and lost 10-3 against Falcon at Friday tournaments...