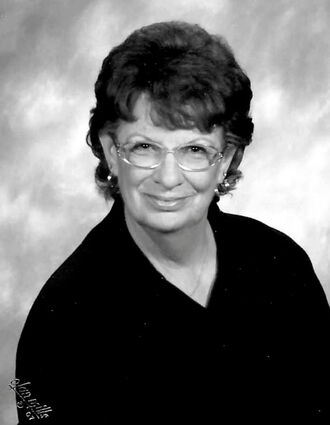 Julianne (Juli) Doudna Gill passed away peacefully in the morning on July 3, 2021. She was 76 years old. Born May 14, 1945, in Mescalero NM. to Burt and Margaret (Hughes) Doudna. She is remembered lovingly by her sons Scott (Danielle) Garlin, Ken (Cari) Garlin, and Ashley Gill. Also by her brothers Chuck, Tom, and Doug. Two nieces, three nephews. As well as six grandchildren and eight great-grandchildren.

After moving around the country with her parents and siblings, Juli graduated from Widefield High School in 1963. After High School Juli married and had Scott and Ken. Then remarried in 1969 with Ashley coming along soon after. Juli said that even though divorced she was always proud of her time as a military wife. Juli worked many jobs. From the Southgate Sears Cafeteria, The Gazette Telegraph, Data General, and others. To her last employment as bookkeeper for Good Shepherd United Methodist Church, of which she was a member for some time. Things that Juli enjoyed were her flowers and gardening, picnics in the mountains, and spending time with her best friend from High School Kay. But most of all she loved her family, for whom she sacrificed and worked tirelessly to provide for.

She has asked that any donations made in her memory be sent to The Rocky Mountain Cancer Centers.