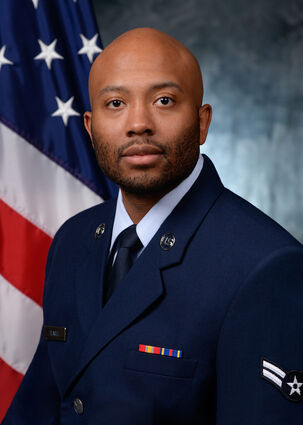 Senior Airman Ricky Teagle, a Schriever Space Force Base Airman, has been identified as the person who drowned Sept. 5 at Rampart Reservoir northwest of Colorado Springs. His body was recovered Sept. 8.

Teagle was a defensive space control operator for the Satellite Control Network with the 22nd Space Operations Squadron, part of Space Delta 6 headquartered at Schriever Space Force Base.

"Ricky was selected as both the Peterson-Schriever Garrison Honor Guardsman and Ceremonial Guardsman of the Year for 2020, and Airman of the Quarter twice at the squadron level," said Lt. Col. Brendon Herbeck, 22nd SOPS commander. "His incredible professionalism, fortitude, and excellence will be missed among the squadron."

Grief counseling is available, officials said, and a memorial service is being planned by the squadron.

Teagle apparently drowned in a paddle boarding accident at the reservoir. The cause of the accident is under investigation.

Information regarding the reopening of certain areas of the Rampart Reservoir recreation area closed due to this incident will come from the United States Forest Service.