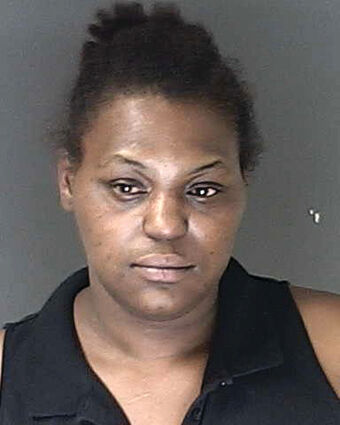 A man was stabbed in the neck in what authorities believe was a domestic violence incident at the Widefield Apartments on Sept. 14.

EPSO received a 911 call about an assault in progress in the parking lot of the apartment complex, near Kokomo Street and Fontaine Boulevard, around 2:41 p.m. Tuesday. Lt. Deborah Mynatt said deputies arrived within three minutes and learned that a female suspect had run into an apartment; the male victim had been driven to a nearby urgent care center.

"Upon arrival, deputies found a large scene and contacted a female associated to the domestic violence call," an EPSO statement said. "The male associated to the domestic violence call was driven to the Fountain urgent care by a witness and subsequently transported to a local hospital for treatment. In an ensuing investigation, EPSO deputies and detectives determined this was an isolated incident and identified a suspect."

Mynatt confirmed the victim had been stabbed in the neck but said his current condition could not be released.

Mynatt could not elaborate on the relationship between the man and woman at the time, but it did appear they knew each other and that the case was a domestic violence matter. There was no threat to the public, she said.

Anyone with information regarding this investigation should contact the Sheriff's Office Investigations tip line at 719-520-6666.