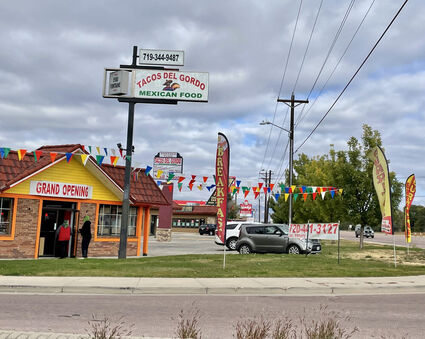 A Tacos Del Gordo Mexican restaurant has opened at the corner of Hwy. 85/87 and Fontaine Blvd.

The Fountain Valley area is seeing some new eateries spring up, and more are on the horizon. Here is a brief roundup of what's happening.

Arashi Sushi Hibachi & Grill, 8035 Fountain Mesa Road (behind Culver's) – Anticipation in the community has been high for this restaurant ever since it was announced in mid-2020. It seems locals can't wait for a sushi place in the neighborhood. However, the restaurant has delayed its grand opening numerous times. Phone calls and emails to the company have gone unanswered, so we did a little digging.

According to Fountain's Economic Development Director Kimberly Bailey, the last city involvement was in January 2021 when Arashi requested a liquor license. Because the project is a remodel of an existing building, the city has no current involvement. Pikes Peak Regional Building Department (PPRBD) is the entity in charge of any inspections and permitting at this point.

A search of PPRBD permits for this location reveal that there have been numerous inspections for various aspects of the remodel, from mechanical to basic structural elements. However, several electrical components failed inspection in recent months. The most recent one listed on Sept. 8 passed, but it is unclear what further steps are necessary before it's finalized.

Arashi's website provides an update, but does not say when it was posted: "We are currently finalizing the details of our construction, as it has been a complicated process towards the end. We will tentatively plan for late November date, but we will make sure to update all of our prospective customers regarding our grand opening."

Wingstop, 6922 Mesa Ridge Pkwy. (between Smoker Friendly and Kiddie Kutters) – Renovations on this restaurant specializing in chicken wings began this summer. The chain gained attention earlier this year when it started a "Thighstop" trend due to a chicken wing shortage interrupting the supply of its main ingredient. Work appears to be coming along swiftly.

Roosters Grille & Pizzaria, 412 Royalty Place (formerly Pat's Tavern) – Boasting "Awesome pizzas and burgers," Roosters recently announced its second location in El Paso County. The first is a local favorite in Calhan. Owners are currently working on a "much larger, improved restaurant space," according to their Facebook announcement, and hope to open after Thanksgiving. This location is right next to Taco Salsa, which opened in August 2020. 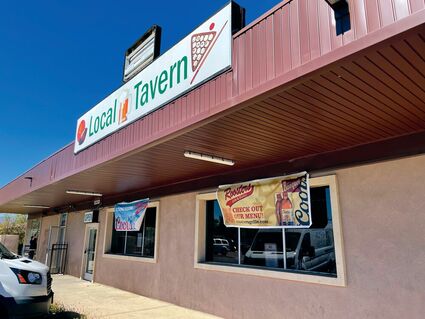 Rooster's will be on Royalty Place in Fountain, next to Taco Salsa, where Pat's Tavern used to be.

Tacos Del Gordo, 5180 Fontaine Blvd. (formerly Borriello Brothers) – A Mexican restaurant just opened in this corner lot along Hwy. 85/87, which has been vacant for the last few years. Tacos Del Gordo currently has one other restaurant in the area at 1614 S. Academy Blvd. The new location apparently opened over the last weekend.

3 Margaritas, 2 Widefield Blvd. – This local favorite Mexican restaurant has been closed since March, when a kitchen fire caused extensive damage. Although no one was hurt, the clean-up and restoration process has been lengthy. Owners say they hope to reopen soon, but no definitive date yet.

Other updates related to food and drink include the Dutch Bros. coffee shop planned for the corner of Mesa Ridge Parkway and Syracuse Street, near the new Maverik convenience store under construction now.

A few more restaurants are likely to be announced in early 2022, particularly in the next phase of South Academy Highlands along Venetucci Boulevard across from Sam's Club.