Train vs. car leads to citation 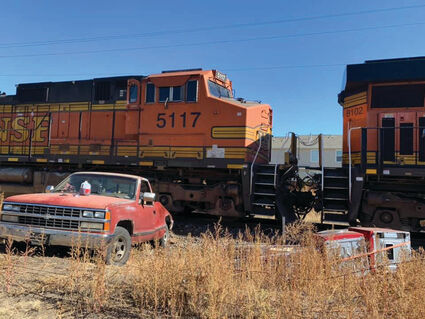 On Wednesday, Oct. 13, at approximately 10:20 a.m., the Fountain Police Department responded to a call of a vehicle stuck on the train tracks between the Ventana subdivision and Progress Drive.

According to FPD Lt. Mark Cristiani, officers learned that the owner of the truck was looking for scrap metal along the tracks and got stuck. A train passed by and side-swiped the truck causing the train to immediately stop, which blocked the road at Link Road.

The Fountain Fire Department responded and removed the truck from the tracks. There were no injuries, and the driver was cited for trespassing on BNSF property.

The roadway was closed for approximately two hours.