Kane Ranch Open Space opening to be delayed for security 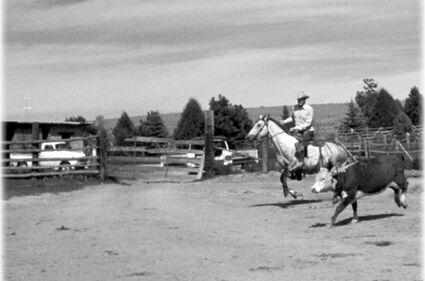 A newer open space east of Fountain that El Paso County plans to open to the public has been delayed until officials can get a handle on regional parks vandalism.

Kane Ranch Open Space was scheduled to open in August. However, according to the Colorado Springs-based Trails and Open Space Coalition (TOSC), during construction it became clear to El Paso County park staff that the ranch's remote location could lead to damage to the resource unless the property was secured.

Now the plan is to install a security gate similar to the gate at the Pineries open space in Black Forest, which has delayed the opening until 2022. TOSC notes that "reports of vandalism in city and county parks make this a prudent investment."

Kane Ranch is one of several properties owned and maintained by the county but not currently open to public use at this time.

Kane Ranch Open Space will be the newest open space property in El Paso County. The 440 acres of land for this open space was conveyed to El Paso County in 2003 through the will of former rancher Alexander F. Kane.

The property features rolling terrain, small pockets of cottonwood trees, and dry creek beds. Once open, equestrians, hikers and mountain bikers will have access to the open space and nearly four-mile Lariat loop trail, according to TOSC. Burrowing owls are often seen on the property with views of Pikes Peak as well as the Sangres and Wet Mountains.

Access to the Kane Ranch Open Space is off of Squirrel Creek Road and is approximately 4 miles east of the Fountain.

The property was once part of a 5,000-acre ranch established in the 1940s by a woman named Wanden Matthews La Farge, later known as Wanden Kane. She later became mayor of Fountain for two terms - and the first female mayor in Colorado.