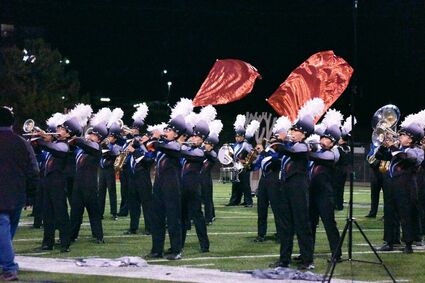 The Fountain-Fort Carson High School 2021 Trojan Marching Band won the 5A Southern region and will go on to state.

Going from 23rd to 12th in state rankings in a year is a testament to the effort, dedication, and passion for music that Fountain-Fort Carson High School Band Director Josh Race has, along with the over 120 members of the 2021 Trojan Marching Band.

"When I first joined this band four years ago, I never thought we'd be where we are now," said Kristiana Johns, a senior who is in her second year as drum major and fourth year in marching. "When I was a freshman, we only had 62 members and now we have over 120. To be able to see this band gro...