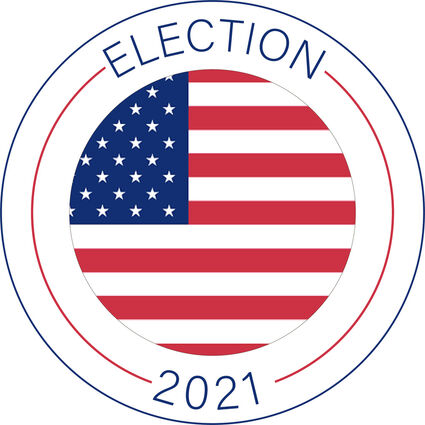 As of Thursday evening, Sharon Thompson maintains her lead over Detra Duncan in the race for mayor of Fountain with nearly 53 percent of the vote.

Other issues of interest include Security Fire Protection District's 6A, which asked voters to approve a 6.4-mill increase to fund the fire department's needs. It is passing with 62 percent in favor at this time.

Results from the Nov. 2 Coordinated Election, including candidates and issues for voters in Fountain and Security-Widefield, will be posted and updated periodically starting Election Night and over the next few days as votes continue to be counted.

Results released on Election Night are posted as "unofficial." This is due to military and overseas ballots that are afforded extra time for delivery after Election Day, and voters with signature or identification issues who are given time to resolve their issue. Voters in those categories have eight days after the election to resolve their issue or return their ballot.

Results are deemed "official" when the bipartisan canvass board validates the results. The last day for the canvass to be completed is Friday, Nov. 26.

Here are the most recent results for races in the Fountain Valley area, as well as the three statewide ballot measures.

Although the results are not final, Sharon Thompson is considered the presumptive winner for mayor of Fountain at this point. She has served on the City Council for eight years. Current Mayor Gabe Ortega is term limited and is not seeking another office at this time.

"Thank you to everyone who voted and supported me in this race," Thompson said. "I am humbled and honored! This was not accomplished alone! I would like to thank everyone that helped in so many ways: walking, phone calls, honk/waves, but most of all with encouragement and praying with me. I look forward to working WITH the citizens of Fountain."

FFC8 has three vacancies for its Board of Education – two for four years, and one for two years.

WSD3 has three vacancies for its Board of Education, all for four years.

(Results not available yet.) 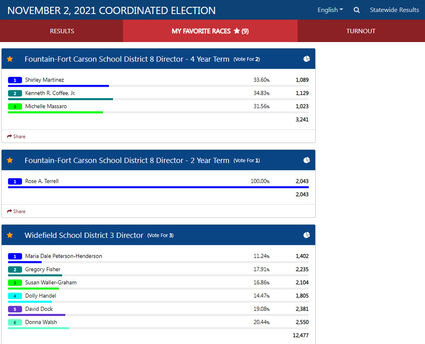 School board results as of late Tuesday evening.