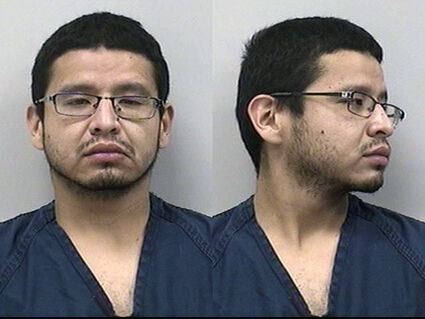 A man wanted for an alleged domestic violence incident on South Santa Fe Avenue in Fountain on Tuesday, Nov. 16, was arrested after several hours' of searching.

The surrounding community, including several schools, had been placed on alert that 25-year-old Jesus Hernandez Jr. may be armed with a gun.

Fountain Police Department reported around noon that Hernandez had fled a residence to avoid capture, and that he was likely in the downtown area on foot. Hernandez was accused of a domestic violence assault and protection order violations.

Around 5 p.m., FPD updated that he had been arrested...