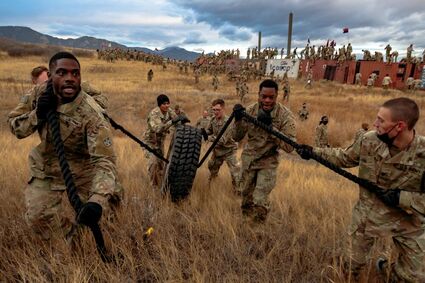 On the morning of Nov. 24, approximately 3,200 Ivy Soldiers from across Fort Carson participated in an intense PT competition created to simulate the chaos 4th Infantry Division Soldiers experienced in the dark and freezing Hürtgen Forest.

This year marks the 77th anniversary of the Battle of Hürtgen Forest. Fought between September 1944 and February 1945, it was one of the bloodiest battlegrounds for U.S. troops during World War II, including the Ivy Division, which suffered more than 4,000 casualties. During the exercise, teams consisting of 104 Soldiers each worked to navigate through tank ditches, tangle wire and containers over the harsh Fort Carson terrain while also carrying more than 500 pounds of equipment. 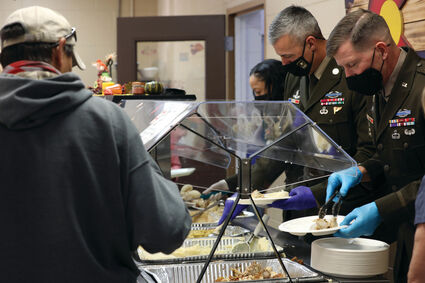 On Thanksgiving morning, Maj. Gen David Hodne and Command Sgt. Maj. Adam Nash from Fort Carson served meals to the local Colorado Springs community in need, in partnership with The Salvation Army. The meal was prepared by Ivy Soldiers who volunteered their time and talents (often overnight) to ensure everyone in the Pike's Peak region could go to sleep with a full belly.