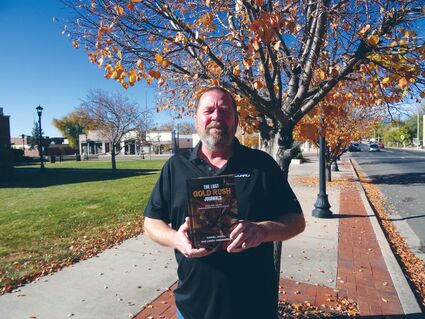 The Colorado Gold Rush properly began in 1859 and lasted through the 1870s, bringing many interesting people to the state. Hanover resident Larry Obermesik discovered one of those interesting people, prospector Daniel Jenks, while researching Colorado history in 2020. Obermesik's book "The Lost Gold Rush Journals" is transcribed from Jenks' journals, the first time that they have seen print.

Obermesik's work began after health issues forced him to stay in his home. An autoimmune disease had already led to him having both hips replaced before he was 50 years old; medical issues resurged as the pandemic began.

"Just before COVID started, my hips failed," Obermesik said. "I couldn't get surgery because of COVID - they had shut everything down. So, because of my autoimmune disease and COVID, I had to isolate."

Given his hip issues, doctors recommended that Obermesik avoid moving. He ultimately spent 18 months doing little but sitting in his Barcalounger, and decided to explore Colorado history. He read about Julia Holmes, the first woman to summit Pikes Peak, and found references in her letters to Independence Camp, a Santa Fe Trail way-station that doesn't appear on many maps. One of the few drawings showing Independence Camp was by Daniel Jenks, a man from Pawtucket, Rhode Island, who headed west in 1849 and mined for gold in Colorado and California. Jenks wrote five volumes of journals detailing his travels, stopping in 1865 (four years before his death at age 41). Obermesik discovered two of the volumes could be accessed through the Library of Congress. He found a special connection to Jenks, who had left Rhode Island after the death of his fiancée.

He was surprised to find that Jenks encountered many notable people in his travels – including Nelson King, a former lieutenant of the infamous abolitionist preacher John Brown who raided the Harper's Ferry federal armory in 1859. Jenks experienced so much that Obermesik dubbed him "the Forrest Gump of the Gold Rush."

"I think when the day is done and the story is told, that Daniel Jenks will be in the group of Jeremiah Johnson, Kit Carson and the other Daniel," Obermesik said. "He met six Indian Chiefs – six. Famous people met six, but not an unknown prospector from Pawtucket, Rhode Island. Everywhere he went, he ran into history. He gave us the best firsthand account of that era that I've ever found."

Some of Jenks' family members had a particular influence on El Paso County and Pueblo County history. His cousin Loren Jenks followed him to Colorado in 1859 and built Jenks Ranch on the eastern side of Fountain Creek, 18 miles north of Pueblo. Frank Hall's 1891 book "History of the State of Colorado, Embracing Accounts of the Pre-Historic Races and Their Remains" mentions Loren Jenks on page 419, calling his wife Lissy one of three women who can claim to be "the first American mothers of the county." In 1862, Loren Jenks petitioned the U.S. government to add a post office at Jenks Ranch, which became Wood Valley Post Office.

"If you go to the History of Colorado [website] right now, there's no reference whatsoever [to Daniel Jenks]," he said. "The Jenks were there in the heart of it, in the middle of all of it, but they've really been lost."

Much to Obermesik's surprise, the COVID difficulties that confined him to distanced research also made it possible to pursue new avenues.

"The curators at the Library of Congress, they couldn't go to the office, so they were by their computers," he explained. "They were doing more computer than they probably ever did; you had access to them. I literally sent a blind email to the Library of Congress and got a reply in a few minutes, which is unheard of... Because of that, it was easier for me to communicate with these people that I would never be able to contact."

Obermesik consulted various historical sources, including Hall's book and organizations like the Pawtucket Public Library, which held diaries that Jenks sent to his sister and other papers. These sources helped Obermesik understand things like miner's slang as he transcribed the journals. He focused his editing on fixing spelling errors, while altering the writing style as little as possible.

"I've only edited what I absolutely had to edit," he said. "The guy was very eloquent, as most Americans were. Most Americans kept journals, especially Christians, back in the day it was part of their culture. So, they were very, very good writers – an eighth-grade student back in the day would write better than me or you."

Unable to contact publishers during the shutdown period, Obermesik decided to publish the completed book independently through nationwide distributor IngramSpark. It was published on July 4, the day in 1858 that Julia Holmes founded Independence Camp. On Oct. 30, Obermesik had his first book signing at Pueblo's Barnes & Noble store. Proceedings were slow at first, but picked up dramatically.

"The first hour there was almost nobody, and then it just exploded for the next three hours," he said. "We sold every book that the store had." 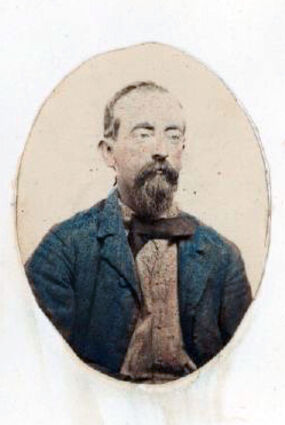 Obermesik is scheduled to do another signing at the Barnes & Noble on Jan. 15, 2022. In the meantime, Obermesik is waiting to see how historians and experienced researchers react to his project.

"It's a complex process – usually a team of people would do this," he reflected. "I'm scared that I made mistakes back here [or there]. You're constantly trying to double and triple check everything to make sure you haven't done any foolish things, because you've never been in this world before."

Interested readers or researchers can hear narrated excerpts from the book, explore its sources or contact Obermesik through the book's website: thelostgoldrushjournals.com. They can listen to a summary of Jenks' life by Library of Congress Curator Sara W. Duke at loc.gov/item/webcast-4466.