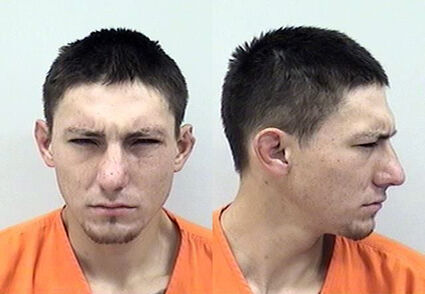 Police arrested a man after he allegedly stole a car from the Fountain City Hall parking lot on Monday morning.

Around 10:20 a.m., officers responded to a suspicious person believed to be casing vehicles at City Hall. Before officers arrived, authorities say the suspect stole a vehicle from the parking lot and left. A short time later, officers located the vehicle in the area of Rye Ridge Road and Harvest Moon Road.

After a short foot pursuit, the suspect finally complied with commands and was taken into custody. The suspect was identified as 27-year-old Michael Bollig. He was in possession of suspected heroin, as well as items he took from the stolen vehicle. Bollig was transported to county jail on numerous charges related to the incident.

Bollig also had six active warrants for his arrest due to failing to appear after bonding out of jail. Those charges included: Possession of Controlled Substances, Driving Under Restraint, Drug Paraphernalia and Criminal Trespass Auto. Bollig is also a six-time convicted felon for: Menacing, Assault, Drug Possession, Possession of ID Documents, Criminal Impersonation, and Theft.

Police urge the public to remember to always lock your vehicles and don’t allow yourself to be an easy target.