NORAD is Ready to Track Santa's Flight for the 66th Year 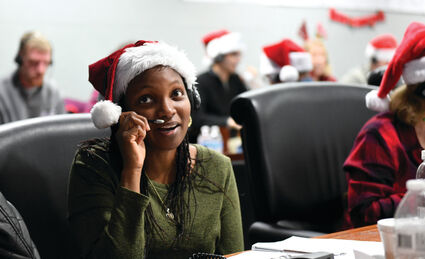 Volunteers answer phones and emails during annual NORAD Tracks Santa event on Peterson AFB on Dec. 24, 2018. Volunteers typically answer thousands of calls and emails from children around the world asking where Santa is at and when will he arrive at their house.

The official NORAD Tracks Santa app is also in the Apple App and Google Play stores, so parents and children can count down the day...