FPD seeks suspect considered to be 'armed and dangerous' 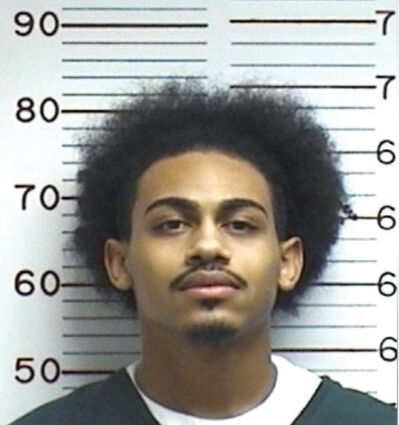 UPDATE: Suspect was located and arrested in a separate domestic violence incident in Park County on Dec. 10. See end of article for update details.

The Fountain Police Department announced it is searching for a suspect who is considered "armed and dangerous" and wanted on three different warrants with multiple charges.

Charges include Parole Violation, Possession of a Weapon by a Previous Offender, Possession with Intent to Distribute Controlled Substance, Special Officer (Drug/Gun), Assault and Menacing.

FPD reports that early on Nov. 29, Doucette was contacted during a traffic stop; he later fled from FPD officers. Based on evidence recovered on scene, officers were able to obtain a warrant for his arrest for being in possession of firearms and drugs.

In 2017, he was sentenced to a combined total of 13 ½ years in prison on four different felony cases (Criminal Mischief, Contributing to the Delinquency of a Minor, Robbery, and Menacing). However, those sentences were run concurrently (all served at the same time), and he was released on parole in 2019.

Shortly after he was released, Doucette was arrested and convicted of an escape charge due to a parole violation and sentenced to another three years in prison.

If anyone knows the whereabouts of Doucette, please avoid contact with him and call 911. To remain anonymous, contact Crime Stoppers Tip Line at (719) 634-STOP (7867) or http://www.crimestop.net. Information leading to a felony arrest could be eligible for a reward.

FPD released this statement on Dec. 13 with regard to the arrest of Xavier Doucette:

The suspect was identified as 24 year old Xavier Doucette who was wanted on several FPD charges. Doucette was booked into the Park County Jail on his warrant out of Fountain and charged with four felonies including: Menacing, False Imprisonment, Vehicular Eluding and Possession of a Weapon by a Previous Offender. He was also charged with Child Abuse, Domestic Violence related charges and at least nine other traffic related charges.