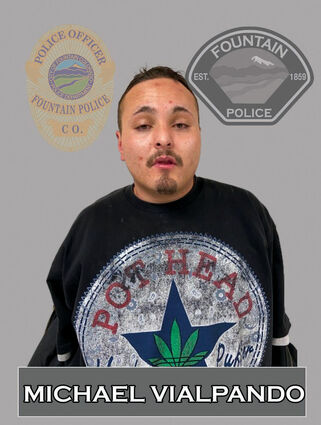 A Fountain man was arrested after police say he burglarized city offices and stole vehicles.

On Monday, Dec. 27, it was reported the City of Fountain Housing Authority, located in the 500 block of East Iowa Avenue, had been burglarized over Christmas weekend. Multiple items along with one of the city vehicles were taken. The vehicle was later returned at some point over the weekend, but was also missing items from within.

In the early morning hours of Tuesday, Dec. 28, a vehicle was stolen from the 7300 block of Middle Bay Way. Fountain Police worked in conjunction with Colorado Springs Police Officers and located the stolen vehicle in the area of Bijou Street and Circle Drive.

The only occupant in the vehicle was arrested and later identified as 28-year-old Michael Vialpando of Fountain.