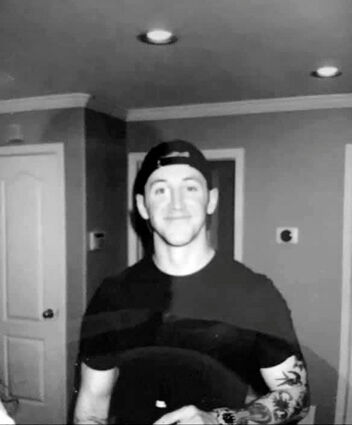 Ethan Farrell Fischer was born in the small town of Lodi, California, and spent the first 10 years of his life on the family ranch, enjoying the tire swing from the big tree, splashing in the creek and roaming outside with his brother, sisters and friends. He then moved to Anacortes, Washington, where he made more friends and played paintball, video games and soccer. He attended Fidalgo Elementary and Anacortes High School.

After high school, he joined the Army and attained the rank of Staff Sergeant. He saw deployments in the Persian Gulf and Afghanistan as well as assignments to Fort Benning, Fort Riley and Fort Carson. His career training included serving in the infantry in leadership positions as well as an advisory position with the Security Force Assistance Brigades. He was picked to participate in the 75th Anniversary of D-Day in France in June 2019, where his compassion and kindness for and towards others was noted. Throughout his military career, he was awarded multiple awards and decorations, including the Combat Infantry Badge, the Army Commendation Medal for Combat Operations and the Afghanistan Campaign Medal.

Ethan was known for his laughter and his jokes; his interest in people and his charm and smile and a huge love for anything involving food and cats. He was a fitness buff and even though in later years was becoming an expert on wines, considered his body "my temple" – always said with a big grin. Fascinated with the Egyptian pyramids, he had plans to visit them in his lifetime.

Ethan, you will be remembered and admired and loved forever.

Your family, your partner in love and your friends.