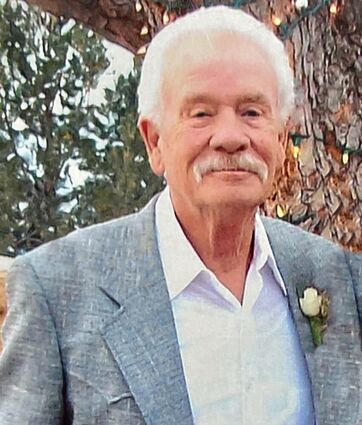 Richard John Heikes, 79, passed away at his home in Colorado Springs, CO. He was born in Clay Center Kansas, the son of Richard W and Ruth Heikes.

Dick moved to Fountain, Colorado in August 1955 and attended Fountain Schools. He graduated from the Colorado Springs Electric Distribution and Transmission school. He had a 42 year career as an electric lineman for Colorado Springs Utilities and Fountain Electric, retiring as Superintendent.

He was a veteran race car driver of the Pikes Peak Hill Climb and the local oval tracks.

Dick enjoyed the thousands of miles with Marlene on his Harley, jeeping, and camping. He was an avid NASCAR fan and spent endless hours in his woodworking shop.

Dick leaves behind his wife, Marlene, of 56 years, his children Sheri Santeramo of Greeley, CO, Scott Heikes of Colorado Springs, CO, Steven Heikes of Greeley, CO, Brenda Deaton of Dallas, Texas and Richard G Heikes of Widefield, CO. He is also survived by his mother, Ruth Heikes, and sister, Dianna Cockroft, of Colorado Springs. He will be missed by his five grandchildren, Landen (Neely), Jorden (Chelsea), Cara (Eric), Wesley and Bob. He will missed by many aunts, uncles, nieces, nephews, cousins and lifelong friends.

He was preceded in death by a son, Kevin, and his father, Richard.

In lieu of flowers, the family requests donations be made to Pikes Peak Hospice or Restoration Church. An inurnment will be held in the spring of 2022.