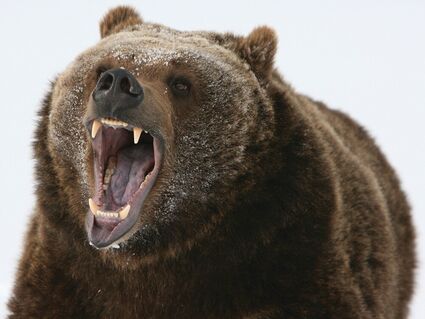 Editor's note: The following is a taste of a first-hand account of 1800s traveler and prospector Daniel Jenks from the new book "The Lost Gold Rush Journals" by Larry Obermesik of Hanover. The book covers Jenks' experiences - in his own words, transcribed from his journals - of the California Gold Rush and then his arrival in Colorado, not far from here. Obermesik's story was featured in our Dec. 1 issue. You can meet the author at a book signing on Jan. 15 at the Barnes & Noble in Pueblo from 11 a.m.-3 p.m.

In 1864 Mark Twain made a brief visit to California, spending 88 days hanging out in a Miner's cabin on Jackass Hill. But he didn't spend his time in Gold Country mining. By his own account, Twain did as little work as possible.

His favorite memory of the stay, were the humorous stories his cabin-mates would tell. After Twain left California, he wrote 'The Celebrated Jumping Frog of Calaveras County'.

Turning one of the stories he heard in that cabin on Jackass Hill, into an iconic example of American Western humor, and launching his career as a nationally recognized writer.

In 1851 - 13 years before Twain heard that Jumping Frog jocularity - Daniel Jenks, an unknown prospector from Pawtucket, had the same idea. Jenks wrote this funny story in his gold rush journal about a Grizzly Bear hunt that went hilariously wrong. But no one ever read it!

Until 2021, Daniel Jenks' gold rush journals were lost in the archive, at the US Library of Congress. His amazing 14-year chronicle of life in the Wild West has never been published before.

And now at the close of the month we are having fine weather again and a party are about starting out for a prospecting trip up the river, on this side.

But as I do not relish the idea of camping out so early in the season, I have declined going with them.

Several of the party were at my tent last evening and as they were all Texians, of course they were all hunters, and I was much amused to hear them relate some of their hunting adventures.

One of the most laughable was told by a hunter who has spent the winter at the Green Springs House, on the road to Stockton.

It is a common practice for many of our best hunters to spend the wet season at some of the "Ranchos" in the valley, or on the road, hunting for a living.

Our friend located at the Green Springs, there were several others, like himself, hunters that were stopping there. And amongst others, an old Mountain-Man named Burke.

A crack shot and according to his story, "great on bar' huntin." Old Burke had a great "bar' dog" too, that he bragged on a great deal.

Well one fine morning the party, four in all, started out on the track of an old she-Grizzly that had made its appearance in the neighborhood the previous night. They tracked her to a chimoselle hill, where all signs of her whereabouts was lost.

The party finally concluded to separate and Old Burke and his great "bar' dog" and Dan, one of the hunters, were to go down through the canyon, whilst Hank and Jake Strong would keep along the ridge on each side of the canyon.

Old Burke and his dog started off down the steep almost perpendicular banks of the canyon, followed by Dan the Hunter.

Old Burke made the best time and reached a bottom long way ahead of Dan and was quietly wiping off the beads of sweat from his shining forehead, when he was startled nearly out of his boots by an awful clatter up the canyon.

And looking up to ascertain what it all meant, he saw Dan tearing away down the gulch - like all wrath! As he said, close behind Dan came the "bar' dog making the loose stones fly in all directions."

Old Burke says, he just made up his mind when he saw this that that old she bar want far off sure," an he'd be gaul-busted if he didn't gin her one shot fore he'd run.

And he hadn't long to wait, for he soon saw her ugly face, as the party came out into open view, making a strange wake - "for dat are bar' dog's tail!"

He braced himself up for the occasion and taking aim, blazed away at Mrs. Bruin. But the shot did not stop her locomotion one whit. On she came, like a young whirlwind.

And old Burke says, "he stopped a minute to watch the affect of his shot" and he comed to the conclusion dat he'd follow suit, and make he self scarce. For he didn't believe t'was healthy to stop just thar any longer.

And he dropped his rifle and made tracks down the gulch after Dan and the dog. And now commenced the race in earnest.

And our hunters, from their position on the ridge far above, had a fine view of the track. First came Dan, who had forgotten all about his "rheumatics" that he had been growling about all winter and was making 2-40 time in his course down the gulch.

Next, with his nose close to Dan's heels came "dat ar bar' dog" closely followed by Old Burke "he self' - only a few rods ahead of old ugliness - who, tongue out and snorting was fast gaining on the party and fairly making the old gulch smoke.

On they flew, like good bottom nags as they were, until Dan luckily tripped and fell. The dog dodged by, but Old Burke was going too fast and couldn't gather quick enough and over he went, on top of Dan.

And last of all, Old Bruin herself. Being by this time close to old Burke's heels and going with such velocity, could not hold up nor turn out and over she went, head, neck and heels over the party and continued to roll end-over-end down the steep gulch, until she fetched up way below against a rock, facing down the gulch.

And this either jarred her memory - as to make her forget the chase - or she had got confused and thought the party was still ahead.

At any rate, when she righted, she never turned to right or left but, giving a grunt as she rose, again she started off down the gulch as though the very devil was after her.

Old Burke and Dan lay like logs, close to the ground, until Old Bruin had made tracks down the stream.

And then they started up the canyon again, and Jake says they never stopped running until they were within sight of Green Springs House.

And old Burke says, "taint no use talkin, dem are old. The Grizzlies are awful fellers. You shoot em and don't make nary difference. They pear to like lead. An the darned things run all the faster for ventilating."

"Taint nary use to talk," he says, "to him bout running way. Just might as well try to stop de wind from blowing by shooting at the cloud, as to stop one of dem Grizzlies with an ounce ball. Ought to hunt em wid cannon, and nothing shorter."

And Dan says he begs to be excused from going hunting bears anymore in this country. "Dot durned if it's pleasant to have a half ton of live bear meat rolled over a fellow."

AUDIO LINK: You can listen to an audio version of this content by clicking the link below.

"The Lost Gold Rush Journals" is available for purchase at Barnes & Noble and Amazon.com.