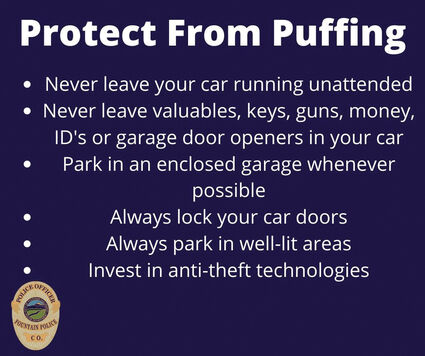 You've been warned: Fountain Police are increasing fines for puffing, or leaving a running vehicle unattended.

This announcement came last Friday after police say a vehicle was stolen, and another 15 vehicles were found running and unattended.

Leaving your car running while unattended is known as "puffing." It is illegal in Colorado with one exception: State law does exempt vehicles with a remote-start from being ticketed if found running unattended.

"Investigations show auto theft cases are frequently connected to other crimes which put our community in danger to include armed robbery, ide...