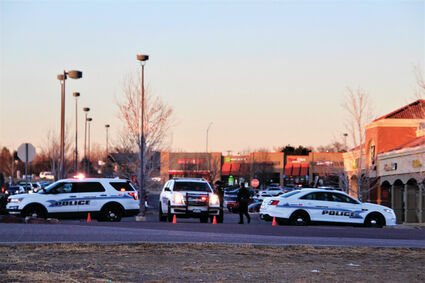 Fountain Police block off one of the entrances to the Markets at Mesa Ridge along Cross Creek Avenue on Monday afternoon while crews repaired a gas line break near Safeway. The center was evacuated for just over two hours.

A gas leak late Monday afternoon caused the evacuation of the Markets at Mesa Ridge shopping center for a little over two hours.

The city of Fountain announced that around 4 p.m. emergency crews responded to the scene and blocked off entrances to the center, which is home to Safeway and numerous shops and restaurants, particularly along the western and southern boundaries.

Passersby noticed the strong odor of gas in the vicinity.

"The smell of gas in the air was insane!" one woman reported.

Officials reported that a gas line had been hit, causing the leak. Fountain Police confirmed that...