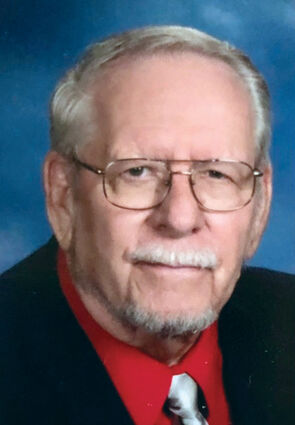 We lost the patriarch of our family, Dick Gilham, on January 17, 2022. Dick was born August 24, 1932, to Howard (Burt) and Emma (Tillie) Gilham in Belmont, Ohio. After graduating high school, he joined the United States Marine Corps and married his high school sweetheart, Pat Hayes. He served in the USMC until 1953. His service in the Marine Corps was a source of great pride to him. The next year he enlisted in the United States Air Force. Duty assignments ranged from Spain to Texas, from Vietnam to Ohio. In 1966 he was assigned to NORAD at Cheyenne Mountain. He and his family settled in Security, Colorado, and he was an active part of the community for over 50 years.

After retiring from the USAF in 1972, Dick began a second career with the Security Water and Sanitation Districts. Beginning as a plant operator, he worked his way up to the position of Superintendent of Sanitation Operations. He retired from the district in 1994.

Dick's life was one of service to others and his community. He was a member of Good Shepherd United Methodist Church for 55 years, serving in any number of roles, forming deep, long-lasting, and meaningful relationships. He served nine years on the Widefield School District 3 school board, overseeing expansion of the district and the construction of Sunrise Elementary School and French Elementary School. Dick was also on the Board of Directors of the Security Water and Sanitation Districts for 25 years, bringing his experience, knowledge, and skills to benefit the communities of Security and Widefield. The newest treatment plant bears his name as a testament to his years of leadership and service.

Dick is survived by his wife of 69 years, Pat Gilham; son Richard (Becky) Gilham, daughter Cindy (Tom) Moody, daughter Tami (John) Godsey, and son Clint (Michelle) Gilham; four grandchildren; five step-grandchildren; and one great-granddaughter. Dick was an inspiration and role model to untold numbers of people. Though he is now at home with his Lord, he will be tremendously missed.

Memorial gifts may be made to Good Shepherd United Methodist Church in Security, Colorado. A celebration of life will be scheduled at a later date.